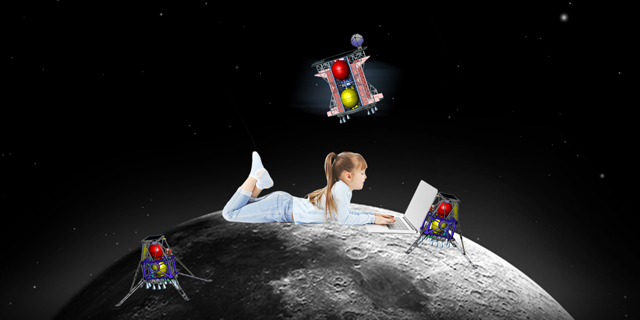 SpaceIL issues international call for experiments to send aboard Beresheet 2

Unlike its predecessor, the next Israeli lunar spacecraft will feature experiments onboard. Call is open to all countries

Nearly a year after Israeli startup SpaceIL announced its second lunar mission, coined Beresheet 2, which is slated to be launched into space toward the end of 2024, it issued a call for proposals on Thursday for international collaborations from organizations around the world, enabling them to send experiments aboard the spacecraft. The Beresheet 2 mission aims to launch three spacecraft, including two lunar landers and one orbiter. The ambitious plans are designed to land on two different sides of the Moon, increasing the probability for a successful landing. SpaceIL plans to land one lander on the Far Side of the Moon, a feat achieved only by China, with the other on the side of the Moon seen closest from Earth. Meanwhile, the orbiter will conduct between a two and five year-long mission, serving as a platform for scientific and educational activities. The call for proposals is geared toward universities, research institutions, and space-related industries around the world. The deadline for submissions is November 15, 2021. 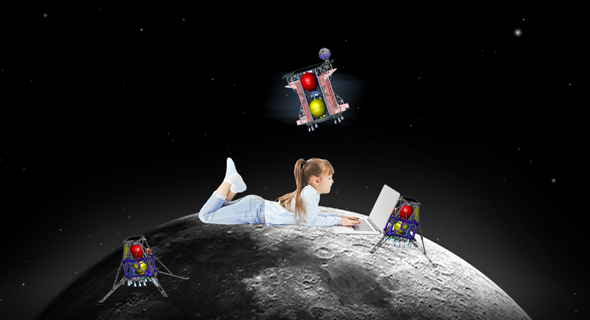 SpaceIL's call for proposals is geared toward educating youth to be inquisitive and pursue STEM careers (illustrative). Photo: SpaceIL

The proposals may focus on one of the following research areas: lunar soil, lunar environmental conditions, lunar sustainability such as the production of food and water on the Moon’s surface, astrobiology, comparative data from either side of the moon, and more. Each of the experiments will take place on the two landers and the orbiter. Proposals must include a detailed outline for an educational program related to the experiment, with the equipment weighing no more than 2.5 kg (5.5 pounds) for each lander, and up to 5 kg (11 pounds) for the orbiter. SpaceIL also added specific limitations that require the payload’s contents to be able survive the harsh environment of space, including radiation and extreme temperatures. In July, SpaceIL announced that it had obtained the requisite funding of $70 million ahead of the mission, paving the way to begin construction and assembly of the spacecraft. The funds were obtained from a group of entrepreneurs and philanthropists, among them Patrick Drahi of the Patrick and Lina Drahi Foundation; Morris Kahn of the Kahn Foundation who donated a significant sum to the first lunar attempt, and the Moshal Space Foundation along with Entrée Capital.

SpaceIL’s objective is to combine scientific research with educational programs by conducting experiments that can be made accessible to schoolchildren to inspire more youth to pursue STEM careers. It is a non-profit organization that strives to inspire the next generation of scientists through its innovative missions in space. In April 2019, SpaceIL became the first private entity in history to reach the Moon, thereby securing Israel's position as the seventh country to reach the Moon and the fourth to have attempted landing after the U.S., Russia, and China. SpaceIL works in close cooperation with the Israel Space Agency and Israel Aerospace Industries.