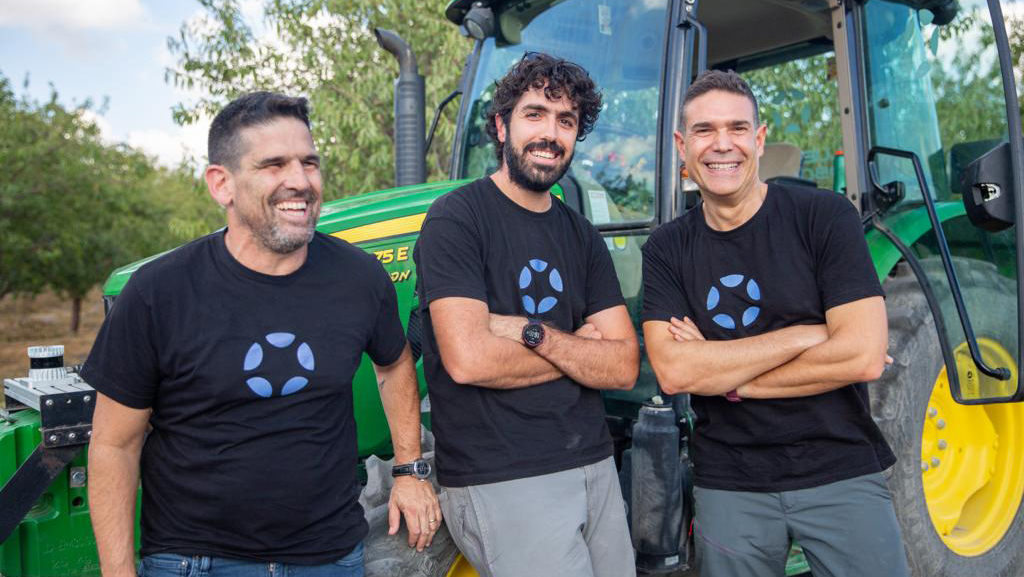 The entrepreneur ‘black sheep’ in a family of entertainers

Ben Alfi grew up in a family of performers. His father, Yossi, is a theater actor and director, radio presenter, and the driving force behind the Storytelling Festival, which he founded 28 years ago. His brother, Guri, is a comedian, actor, television and radio host, who ventured in recent years into film and television directing. And his sister, Sherri, is an actress and singer, and published author. 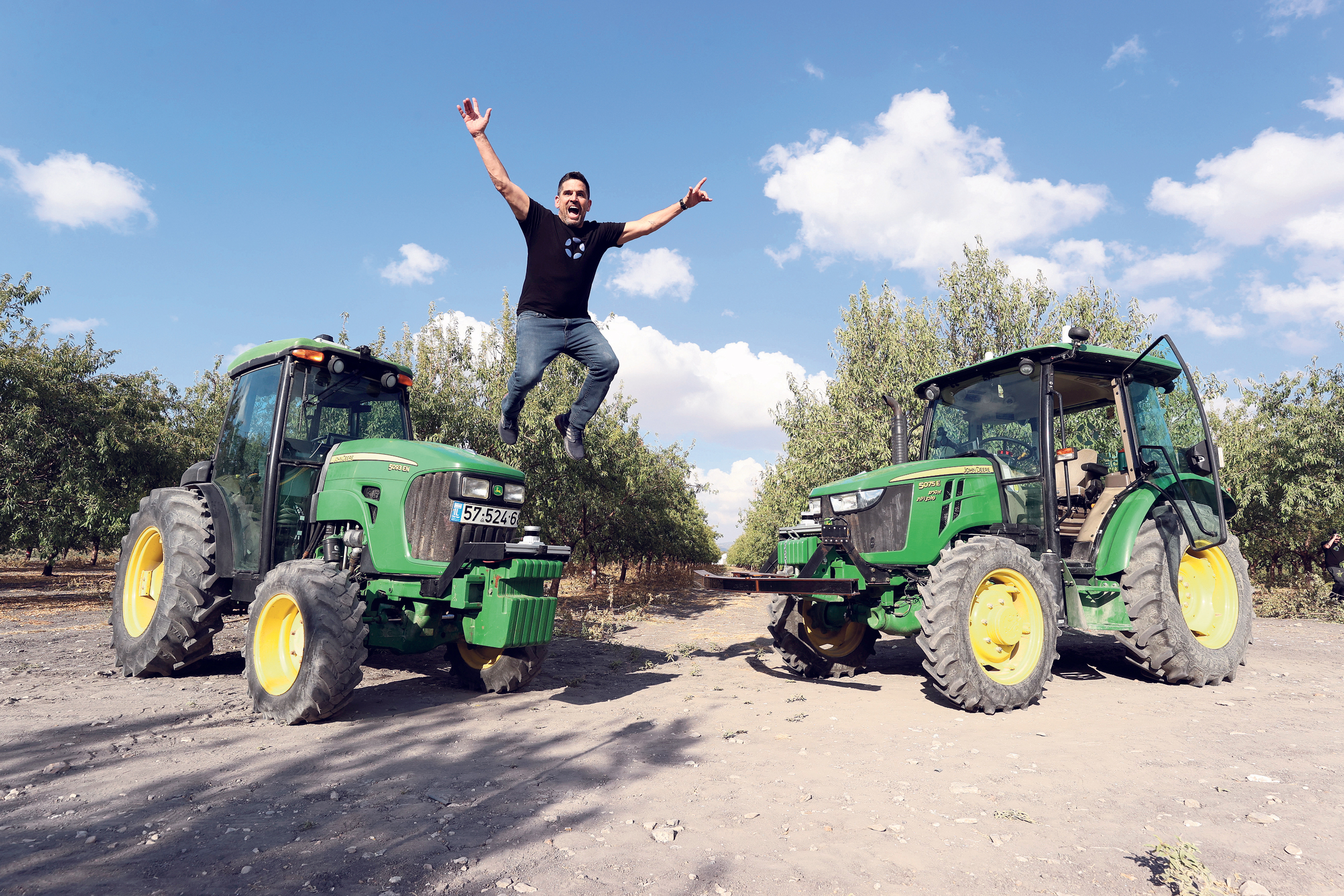 That is why Alfi (47), the eldest, looks almost like he is an error in the family production line. He is an F-16 pilot who completed a 25-year career in the Israeli Air Force, serving as the head of the Autonomous Tools Development Division in his final military role. Alfi is also an entrepreneur who founded Blue White Robotics (BWR), a company that converts regular tractors into autonomous vehicles. It is hard to believe you all grew up in the same house. "Even though I come from a family of performers, in the end, our story is a story of entrepreneurship. Everyone simply figured out how to excel at what they were good at. My father and mother built a lifetime storytelling enterprise for 30 years, which is one of the best startups ever. Guri knows how to look at the ever-changing world and stay relevant. He knows how to find and reinvent himself as a comedian, as a director, he is a multi-tasker. It helped me, that they were entrepreneurs long before I was, to understand that being an entrepreneur is the biggest nightmare in the world." Why? "Because the loneliness is tremendous, and decisions have to be made all the time. You push the limit of how much money to spend compared to how much you can provide. You are a startup in uncharted waters, it is very lonely." Is it worth it? "It is a nightmare, but it is my nightmare. And because it also allows you to be truly creative, I am experiencing indescribable degrees of happiness at the same time.” Bringing something simple, not “spaceships” Alfi's startup was founded in 2017, and the choice of tractors was by way of elimination. BWR was born with a vision of urban autonomous vehicles, cars and drones, but ended up with robotic tractors for agriculture. “At first we looked at the urban space, at urgent air shipments like blood packets, or autonomous public transportation shuttles,” Alfi says. "But then we saw that this vision would take a few more good years, and the vision of autonomous vehicles in the city will not happen before 2030, and we want to do something that brings value now. That's how we got into agriculture." 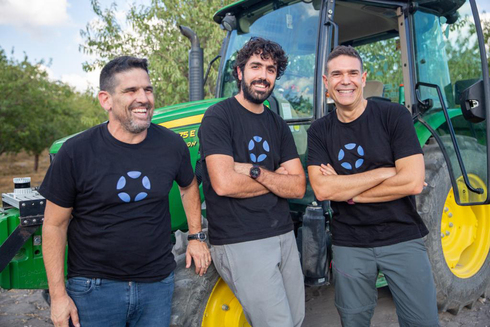 BWR does not build autonomous tractors, but converts traditional tractors into such, with a kit it develops and installs on the tractor. Recently it raised $37 million from several valued investors, including Insight Partners, Entrée Capital, Clal and Peregrine Ventures. It is estimated that the company raised the capital at around a NIS 500 million valuation. Previous fundraising rounds were for $1.5 million and $10 million. Alfi recruited his BWR co-founders, CTO Aviram Shmueli (49) and COO Yair Shachar (36), from the Air Force. "Aviram managed the field of robotics in the Air Force and at the Prime Minister's Office, with experience in autonomous instruments, and knowledge that is second to none. Yair is also an F-16 pilot, an R&D and operation talent who has received the Air Force’s excellence award twice. That is the level, and I headhunted each one separately. With Yair, it was in an Arak-soaked evening, and I just caught Aviram the moment he finished his service. We have a shared past of a significant project that brought success to the corps, and we saw that our capabilities complement each other." The company currently employs more than 100 employees, Israelis and Americans, and most of its operations are in California. The latest capital raised is intended, among other things, for an expansion into Europe. Could you explain how an autonomous tractor works, and especially how such a futuristic machine is sold to a traditional farmer? "We take existing tractors and install our kit in them: sensors on the front of the tractor, communication on the roof, and inside a piston system that goes on the gas, brakes, and gear. Everything is connected to our software and control system, which operates the tool and always knows what is happening." And what is the tractor capable of doing? "We work in orchards, not fields. We can do dusting, weeding, and fertilizing. Everything that connects to the tractor also connects to the system, which is very friendly. It is like teaching 18-year-olds to use vehicles in the military." Is it profitable for a farmer? Why not buy an autonomous tractor in the first place? "Because instead of waiting for a decade until there is an autonomous farm, farmers already have tractors. The farmers’ issue is that there are no drivers. Their kids do not want to do that, they prefer to work for Amazon. The farms are located far away, and it is hard work to be on a tractor for 12 hours, day and night. Operating a manned tractor costs $60,000 a year.” 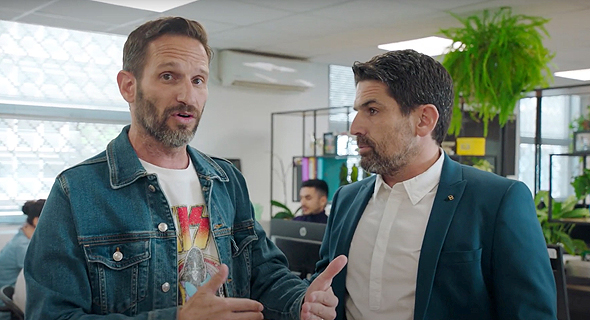 "We did not invent the technology, but we invest in the development and translate it into real help. We try and customize it in the most accurate and profitable manner for the farmers because eventually, the product has to be accessible and affordable. You target farmers whose families have been doing this for generations, so you do not bring them spaceships. You bring something simple that works in the field, that understands the difference between a vineyard in December and an almond grove in August." And what is the business model? "With us, a farmer will pay 25% less, and will only pay at the end of each quarter. Agricultural workers are paid weekly, so we make sense both in terms of costs and cash flow. According to our model, the farmer does not buy the product, an expensive tractor, rather buys the service in a kind of leasing. So if he is not happy with the service he just dumps me, there is no other way to build trust.” "If they buy ‘white autonomous elephants,’ the revolution will not happen. You cannot sell someone a machine for millions of dollars and leave them stuck with it. It does not work. You have to tell them 'I will provide you with a service'. Farmers run huge cycles, but with very small profit margins. In some of the places we even provide funding, and it is a matter of how confident you are in the value you provide." And is this value high enough to keep the farmer with you? "It will be profitable for the farmer from day one because he will pay X minus 25%. The question is when will he be hooked." What do you mean by hooked? "When he can no longer go back to the costly prices of tractor drivers he used to pay. When he realizes that the world has changed. Just as in the Air Force it is impossible to return to a manned world. It is impossible to buy another 300 planes, we are already hooked on drones. It is over.” You are a pilot yourself. "Pilots are no longer relevant in the new world. It is more relevant to have autonomous tools, robots. Instead of putting people on a plane for eight or 20 hours, you put a UAV that hovers for 48 hours and replaces them on Sisyphean missions. Today, far fewer people complete the Air Force’s pilots course than UAV operators. In this world, the disruption has already happened." But the farmer will still need a worker to pick the oranges. Your tractor does not make him redundant, so what's the point? "It is a different worker, one that only comes for picking for between a month to three months. We reduce the number of year-round staff. There is still no good robotic technology for picking oranges, and when we founded the company we were looking for a place where autonomous vehicles could make a significant revolution today. Our slogan is 'autonomy now' - creating capabilities that help the world today. Many companies are engaged in autonomous tools, but most are engaged in developing future capabilities. 99% of them have no commercial agreements at all, we have. "So when there is a harvesting robot, it will be possible to connect it to our system and run with it. In the meantime there is none. We believe the robot in the tractor will win, and we are the means to move from a manned to an autonomous world, without selling bullshit. Simply start with what can be done today." You are not profitable yet. "There are specific contracts that are profitable, but we want to conquer the whole world. And you will not be the largest company in the world for autonomous machines without an investment. We want to move from a hundred workers to a thousand workers, and that requires investment. I have no doubt it will pay off. If we wanted to be content with being the kings of California, we could be profitable tomorrow morning. But if we want to be global players, then we must continue to invest in development and expansion to more regions. For now, we are useful for farmers who employ workers, and we bring foreign capital to Israel. We are an export player, nothing could be more Zionistic than that in my opinion." “Replacing human eyes with sensors and algorithms” The almond grove in Kibbutz Hazorea in the Jezreel Valley in northern Israel is the company's playground. There, the system's abilities are demonstrated. Using a keyboard, a tractor is started and driven. A piston presses on the brakes, and a special engine rotates the steering wheel. If the tractor encounters a large obstacle, it should spot it and stop. When it reaches the end of the line it independently turns right to the next. 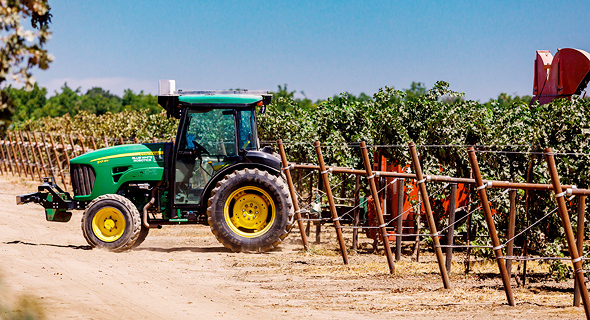 "A single operator can operate eight tractors," Alfi said at the end of the demonstration. "The operator can see on the screen what the tractor sees and thinks, what 'goes through its head'. The tractor understands what trees are, what is the end of a line, distinguishes between a path and a tree, between small branches on the ground and an obstacle. You define when to dust, in what manner, how fast to travel, and when to stop when a vehicle is coming from the opposite direction. And we are actually replacing human eyes with sensors and algorithms." How does the tractor know to identify all the parameters? "We put on a sensor suit on the front and back, including GPS, a laser sensor, communication antennas, and peripheral cameras, to detect a difference between a branch that can be driven over and a tree trunk that is an insurmountable obstacle." How is it different from a Tesla autonomous car? What is special about a tractor? "The work environment is in remote areas, with no communication, in harsh weather conditions, where several tractors have to be operated simultaneously. It is not like a driver operating his single Tesla, here you have to conduct a concert playing on every farm to make it fully autonomous. Not to mention that Tesla only travels from point A to B, and we also do the operations on the way. It is multi-tasking."

How did you actually get into this? "For ten years I was responsible for all the development plans for autonomous vehicles, from two pounds to six ton machines like drones and UAVs. The end consumers could have been the Air Force, the Ground Forces branch, or the Prime Minister's Office, some things we do not talk about. These are tools that prevent funerals and do more than humans, who are terribly limited."