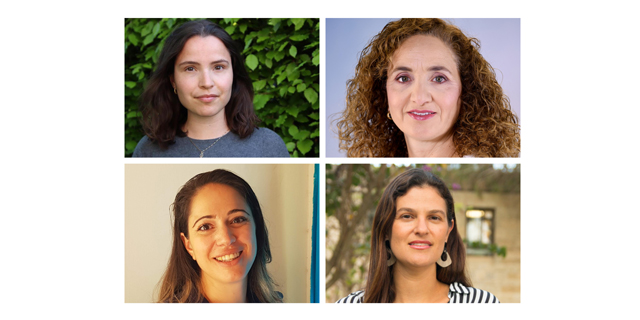 With the creation of Desertech, Israel is finally ready to tap into its biggest resource

There are so many sectors in Israeli hi-tech that it might be hard to name them all. There’s Healthtech, Agtech, Fintech, Foodtech, and plenty more that are building reputations around the world. It is strange, then, that Israel has not yet made a name for itself by taking advantage of one of its biggest resources: the Negev desert that takes up 55% of the country’s land area at some 13,000 square km.

This is where four organizations have stepped in. The Desertech community is a non-profit joint initiative of the Merage Foundation Israel, the Israel Innovation Institute, the Ministry of Environmental Protection, and Ben-Gurion University to help establish the Negev, and its largest city Beer Sheva, as a leading hub in innovation for startups around the world that can contribute to an entirely new sector. Some of its international partners, announced as part of the Climate and Biodiversity Week at Expo Dubai 2020 at the Israeli pavilion, include the Embassy of the Netherlands in Israel, the Wohl Foundation, the British Council Israel, and the British Embassy in Israel. 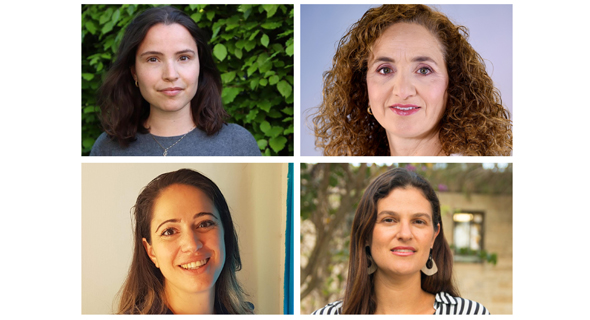 “When we started, everyone asked what Desertech was and it took us a long time to really pinpoint what the difference is,” said Nicole Hod Stroh, Executive Director, Merage Foundation Israel. “We wanted to come up with a very clear answer. So, I can define it by technologies that either utilize, leverage the unique assets of the desert… (or) give a solution for the unique desert challenges.” Desertification has been a rising concern for countries all over the world, as the globe faces higher temperatures each year that can be devastating for communities and ecosystems. More people today are living in more unpredictable climates, with shortages to clean water and a lack of access to infrastructure. As the world becomes drier and warmer, technological solutions for dealing with issues brought on by desertification and climate change can have a huge potential for the world. The DeserTech Innovation Community is a global center to attract research and collaboration and technological growth. It promotes the development, adaptation, and commercialization of technologies that enable sustainable living in these climates, but also hopes to turn Beer Sheva into an entrepreneurial hub for these companies. It operates on an international level to invite research and development teams from all over the world and position itself as the Silicon Valley of the desert. “We would like to bring these Israeli assets to the world,” explained Galit Cohen, Director General, Ministry of Environmental Protection, when referring to the upcoming United Nations Climate Change Conference (COP26) hosted in Glasgow at the end of the month. “Because we are a small country, our contribution to greenhouse emissions is not so high… we are not such a rich country that can contribute much to the $100 billion climate fund. We thought what can we, as Israel, bring to Glasgow, to the climate change world challenge? This is a contribution from the government and state of Israel to the world. That’s how we look at this initiative.”

The Desertech community’s international partners include the British Embassy in Israel and the Embassy of the Netherlands in Israel, two unlikely partners in the effort to capitalize on hot weather and desert conditions. While the two countries don’t have the same climate as Israel, technology and solutions for a global problem have no borders.

"I think the Netherlands and Israel are quite alike as entrepreneurial countries, albeit in different places and contexts in the world,” added Anouk van Eekeren, Policy Officer, Water, Climate and Political Affairs at the Embassy of the Kingdom of the Netherlands in Israel. “However, the Netherlands has a long-standing tradition to look outside and is always looking for partnerships, such as in climate adaptation and sustainability. I think Desertech is an amazing opportunity to do just that." According to Keren Shurkin, Head, Science and Innovation Network, at The British Embassy in Israel, there are three main reasons that inspired Britain’s cooperation with Israel. As well as it seeing itself as a leader in climate action - and hosting this year’s COP26 - the country sees value in learning from the Israeli innovation community and using that access to develop its own technology to grow into bigger markets. “The UK is Europe’s leader in agritech and we see the opportunity to develop and improve technology that’s created in the UK by working with Israel,” she told CTech.

Part of the effort to find partners in the Desertech community is its annual Merage International Desertech Competition, now in its second year. Its mission is to accelerate these technologies and address the challenges that affect an estimated 3 billion people. The competition has three tracks: one designed for Israeli startups, UK-based companies, and Netherlands-based companies who compete for 100,000 NIS from the Foundation as well as another $75,000 investment. The application process was launched earlier this month and is open until November 15th, and the final event will take place December 13th with an in-person three-day seminar hosted in February 2022.

“The aim of the competition is to promote a global task force with the mission of improving the lives of billions of people and making the desert flourish,” added Jonathan Menuhin, CEO of the Israel Innovation Institute. “In addition, we shall promote the city of Beer Sheva as a national and global center of this field. Together with our partners, we invite companies from Britain and the Netherlands to join Israeli companies and propose their technological solutions in the struggle against desertification, and adjustment to life in the desert.” For companies that don’t think they are Desertech, do not fear. The DeserTech Innovation Community has a marketplace that launched at the same time as Dubai Expo as an online platform that describes the main challenges in the desert for desert life, including verticals like watertech, renewable energy, agtech, and infrastructure. According to Hod Stroh, the Merage Foundation has already mapped and presented 50 Israeli desertech startups that fit those challenges. “It seems like we tapped on something that was dormant and that everyone was waiting for, and there’s a lot of interest.” While she couldn’t name names, there are more countries eager to partner with Israel and the community’s plans to grow the sector. According to the community, the Negev provides the space for countries all over the world to test, adapt, and commercialize products that can help solve some of the challenges of desertification. And while Tel Aviv and Herzliya might be home to certain hubs, Beer Sheva is waiting to be host to companies from around the world. “If you Google Desertech, you will probably only find what we are doing so far,” Hod Stroh concluded. “It’s very exciting because just like Agtech, it’s a term that didn’t exist 40 years ago - and Foodtech was maybe in the last decade. Desertech is the next big thing and we want to make it the next big thing.”