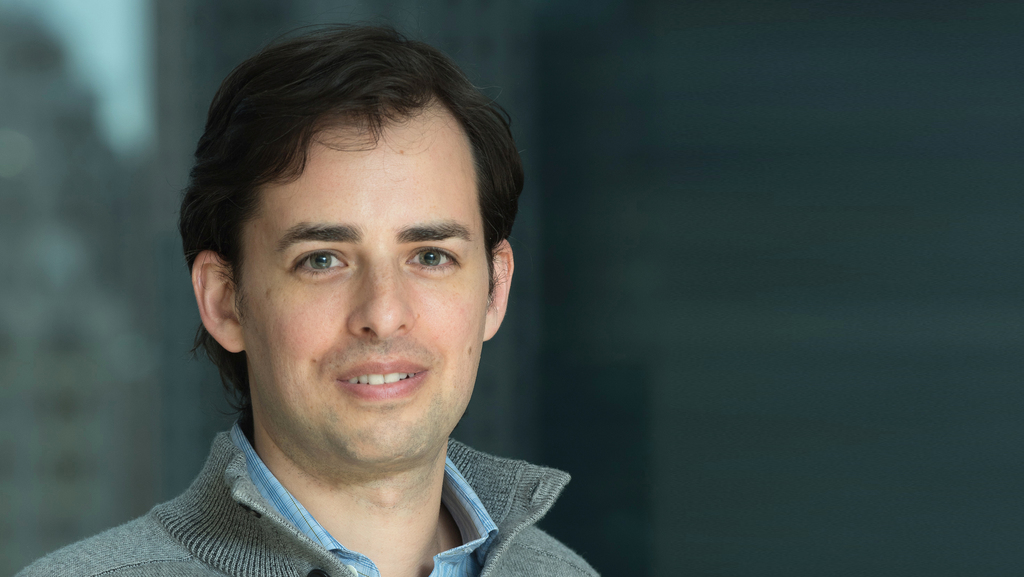 The venture capital firm has invested $3 billion in Israel, including in Wiz, SentinelOne, and monday.com. Lonne Jaffe, a managing director in the fund: we are willing to roll up our sleeves

A unicorn incubator. There is no other way to refer to venture capital firm Insight Partners, which was the first to bring the $100 million or more funding rounds to Israel. Although these sums have since become a matter of routine, with two more Israeli companies, Fabric and Augury, raising $200 million each, and valued at $1 billion, just this week, Insight remains the leading investment body in such events. Of the 23 Israeli start-ups that reached unicorn status last year, six are among Insight's portfolio companies. In the first half of 2021, Israel has already created 26 new companies worth more than $1 billion, eight of which with investments from Insight. 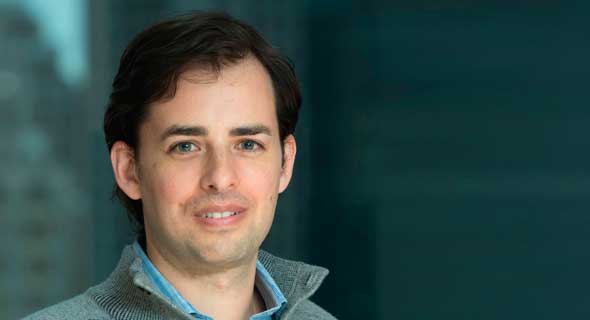 Insight was also the biggest shareholder in the two largest Israeli IPOs of the year, SentinelOne and monday.com. Each is currently traded at a value of more than $15 billion, and there are other, smaller offerings in which Insight was involved, such as JFrog and WalkMe, that are traded for “only” several billion dollars. At the beginning of its Israeli journey, when it invested in the website creation company WIX, Insight was perceived as a rather odd character. In 2019, it opened an official office in Israel, the first outside of New York, which became a hub for start-ups. However lately, especially with the huge Wiz fundraising round at a $6 billion valuation, just a year and a half since the company’s inception, questions are starting to surface over Insight’s pricing of some tech companies and if they make sense. In a special interview with Calcalist, Lonne Jaffe, a managing director in the fund founded by Jeff Horing, who led investments in a number of Israeli companies recently, sheds light on the fund's investment strategy, which he said, is backed by measurable parameters and is based on rapid steady growth that can last as long as 20 years. Active investment infrastructure

Insight has lately begun investing at increasingly earlier stages, after originally being a huge fund that preferred to invest in the relatively late growth stages, shortly before the IPO.

You have changed your investment strategy. “In recent years we are seeing more Israeli companies start to think about international sales earlier than their counterparts in Silicon Valley because they do not have a local market. We have a program called Insight Onsite, which is made up at this point of over 75 full-time operating experts that are organized like the functional departments of a software company. They can help with things like scaling, sales, technology, architecture, marketing, acquisitions. So in some ways, we are trying to replicate some of the benefits that you would have gotten from being part of a business unit in a large multinational, publicly-traded company. We saw Israeli start-ups can take advantage of this infrastructure much earlier on the one hand, on the other, Insight is willing to roll up its sleeves and help. Not a lot of companies have access to such products as investors tend to be passive and satisfied with a quarterly update.” Insight invested in Wiz before it had any revenues. Will you be willing to invest in companies at the seed stage even before they made a sale? “When we look at an Israeli company, even a young one, we consider if it has a product that is suitable for the market. Even if it is not complete, we see if it works and if there are interested clients. That is the index, and that is why in some instances we can invest in an early stage and sometimes even seed stage. We do not measure companies by revenues, rather tangible proof for growth over time. The test is not how fast the growth is now, or how big they are today. If a company grows at 50% a year for ten years, it's 50 times larger, but if it grows at 50% per year for 20 years, it's over 3,000 times larger.” According to Jaffe, one of the underestimated issues is sustainable growth, which is one of the reasons why Insight focuses mainly on the software market. "If you compare the software industry to other segments that people have traditionally thought of as large like banking or telecommunications, which have tended to have a few really big companies, the software market is unique in that it continues to create more billion dollar winners than pretty much any other industry past or present.” Meanwhile, Wiz raised capital from Insight at a $6 billion valuation. There are investments that the market sees as crazy, are they based on the long-term growth vision? "I think that today people look not only at profit multiplier or revenue metrics but at a weighted growth rate that also considers revenue quality, metrics like customer abandonment rate, at existing customers expansion, and return customers revenue. The profit rate is just another metric and software companies that can grow fast, choose to invest the profit in this accelerated growth." Once the cheap money runs out and you have to stop pouring funds into your investments, will they still be able to grow fast? "This is a key question. And here too, there is data that can serve as a strong signal that will tell whether the company just subsidizes its customers or it becomes efficient over time. For example, when you witness a sharp decline at the client-acquirement costs, that could mean the product is more successful than others, a brand is created, and the company is on the right track. Of course, the market also needs to be large enough." In which Israeli companies in your portfolio do you see this trend? "Cyber company ​​Aqua Security is a good example, also RUN:AI which is one of our early-stage investments. It has an incredible founding team, fantastic deep tech intellectual property, and a huge market, in the field of optimal use of computing resources. They launched in May 2020 and they are already expanding internationally and the marketing team is growing rapidly. In the cyber field there is also a unique dynamic that makes the product better the more customers you have. The reason is that the product learns from attacks on one client and applies the solution to everyone. In cyber, the client does not only look for a cheap product, or best-designed product, rather for the product that improves at the highest speed." What challenges do you face in the Israeli market today, for example, the frenzy surrounding high-tech wages and the tough competition over talent? "This is a relatively good problem compared to others, but it is certainly a real challenge. What is happening today in Israel can only be seen in a few places in the world, in Silicon Valley and Tel Aviv. It is amazing for Israel as a country, for the technological ecosystem, and of course, for the engineers who enjoy great flexibility. And here, once again, there is a significance to an active investor who can help." According to Jaffe, in the past, many Israeli start-ups that had difficulty recruiting talent and were also physically distant from their clients preferred to simply be acquired for several hundred million dollars to a multinational company and become its local R&D center. “A fund like Insight not only provides them with the capital needed to pay salaries to talents, but also facilitates a U.S. presence and eliminates the need for an early exit. In this way, Israeli entrepreneurs can maintain ownership of their development over time, as well as the Israeli mentality and culture. That's a huge thing."

"Do not rush to realize or pursue the return"

When discussing company ownership and employee recruiting, one can not ignore the many secondary deals Insight conducted, when the money it sends does not necessarily go into the start-up but is used to buy the shares of employees and founders.

“We see it as a win-win, it allows us as an investor to take more ownership over the company and give the team more time,” he said. "This is where, in the past, the founders hated to take a risk because too much of their wealth was at stake. Now you can take some of the money sooner. Our investment vision, unlike other actors, is longer and we have funds with a life cycle of 12 years and not seven years. In order to reach a state where a company grows 50% over 20 years, one should not rush to realize or pursue the return." Jaffe claimed that not enough credit is given to the investor who does not demand a short-term return on investment, and "prefers to put the capital in the ground and cultivate the tree that is a growing company for many years. Furthermore, when the investment is made back, it is a way in which the investor is saying to the company that it is time to fold the company, and put it in a nursing home." So is the current perception that if the company is profitable it signals the end of the dream correct? "I call it corporate recycling. We need to return both money to the market and talent to other, younger companies. This is also an important role for the investor. However, as long as you see the indexes of fast-growing companies flashing right in front of you saying a 'sub-investment in front of you, we can absorb a lot more capital’, the last thing you want at the same time is to start cutting expenses to produce a return for yourself and thus smother the company."

True, money is not an issue today. Entrepreneurs often say they have not yet touched the funds of the previous round and have already completed another round of funding. Nearly $20 billion has flowed into Israel alone since the beginning of the year, along with the last huge funding rounds announced in October. Are you not bothered that there is too much money in the system? "This highway has ditches on both sides. There is no doubt that fundraising with too high of a valuation involves risks such as raising the bar for the next recruitment and performance requirements that are difficult to meet. If you fail to meet those expectations, it will be harder to raise more money because nobody wants to raise money with a smaller valuation. The second risk is that too much money reduces discipline, it can also lead to investment in things that are less productive for the company's future." Do you think this will continue and there is no bubble in the technology sector? "What's unique about the software world is that it is turning from an industry into a big part of any other industry. Amazon or Netflix are the best examples of that. You could say all companies are just becoming a kind of software company, and on the other hand software companies have the ability to change other industries. They look at all industries as a clean slate and ask how they will shape this industry. "