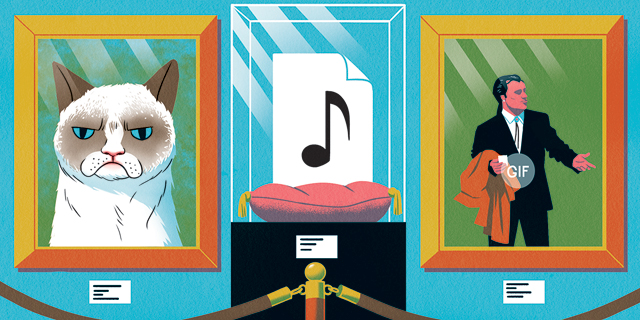 "The booming NFT market demands the creation of a new sui generis form of intellectual property protection to prevent third parties from passing off NFTs of works that are not theirs," writes Dov Greenbaum

Famous part-time Tel Aviv resident Quentin Tarantino recently announced that he would be offering NFTs of seven uncut scenes, handwritten scripts and his own audio commentary from his classic 1994 film Pulp Fiction. Tarantino is clearly riding the wave of irrational exuberance associated with NFTs. NFTs or nonfungible tokens have been around for years and are closely tied with society’s current infatuation with all things crypto and blockchain. And while most NFTs seem to be situated within the Ethereum blockchain, other blockchains have also provided platforms for NFTs. Ethereum even provides an exemplary list of things that you can use NFTs for, including digital art such as GIFs, collectibles, music and videos, or even real world items such as deeds to a car, tickets to a real world event, tokenized invoices, legal documents or signatures.

Created initially to construct simulated scarcity to better monetize otherwise broadly and freely accessible digital art, the market for NFTs has really exploded over this past year. NFTs really came into their own when Christie’s sold an NFT artwork by the digital artist Beeple for $69 million. In fact, in 2021 to date, both venerable auction houses Christie’s and Sotheby’s have already sold more than $165 million in NFTs; overall, these world-leading auction houses now see NFTs as accounting for more than 5% of their contemporary art sales. Drilling down on Ethereum’s aforementioned list: NFTs have found use cases in a range of markets from sports memorabilia to tweets to sneaker authentication, to proof of attendance at an event to other incorporeal things. Overall total recorded NFT sales worldwide have topped $10 billion in the third quarter of 2021 alone, with the collectables market leading the frenzy.

An NFT is often much more than simply a digital certificate of authenticity and ownership that becomes an immutable record on a blockchain. It often contains associated code that creates passthrough rights to artists. For example, an artist can continue to collect on subsequent sales of their work automatically through the NFT code. These perpetual royalties, via smart contracts embedded in the NFT code, pay out fees to artists indefinitely even as the art changes hands to downstream buyers.

The massive and expansive appeal of the market notwithstanding, there remain many unsolved legal questions regarding this relatively new technology, including issues relating to contracts, taxation, inheritance, issues of art provenance and intellectual property.

To wit: for all of their supposed value, NFTs sit in an awkward place within the current spectrum of intellectual property laws, if not potentially demanding a new form of intellectual property altogether. Keep in mind that the NFTs are not the art themselves, they are in an incorporeal way, some way a designation of ownership of a physical, digital or even ephemeral work. The art itself is often too data heavy for the host blockchain to contain it so the art is simply just represented in the NFT –in most cases through a hyperlink. If the buyer isn’t even gaining some version of the work, so what has the seller sold? Perhaps one way to figure it out is to think of it in the negative: would the creation of an NFT of a third party’s art be a copyright violation, if so, then the NFT would represent some form of intellectual property right that can be sold to the purchaser. Under U.S. law, copyright is the exclusive right to reproduce, create derivate works, distribute copies, perform, or display a work. An NFT seems to be a violation of none of these as again, the only connection to the sold item is a link embedded in the NFT code. Notably, according to Harvard’s Berkman Center for Internet and Society’s Digital Media Project “No court has ever found that deep linking (i.e., “placing a link on your site that leads to a particular page within another site) to another website constitutes copyright or trademark infringement.”  So the creation of an NFT can’t be a direct violation of copyright. Additionally, it isn’t some form or right of publicity or a moral right, as first, those rights don’t exist in every IP regime and secondly, NFTs are also created by corporate copyright owners that often lack those rights. Moreover, NFTs allow for the artist themselves to retain all copyrights. This would further suggest that what is being sold by an NFT is not an intellectual property right. Further confounding the question is the legal possibility that a third party can legally sell an NFT of even an infringing copyright work. How so? NBA top shot sells NFTs of various video clips from NBA games. Were it for another company to copy such a video clip, it would arguably be an intellectual property infringement of the NBA’s copyright, but might still be legal and defensible via a fair use defense. In these cases, an NFT could legally be created and sold as its linked to a defensible copyright infringement. Note that while a hyperlink in an NFT to a non-defensible infringement might be considered a contributory infringement under copyright law, an NFT can always point the hyperlink to a non-infringing copy of a copyrighted work, even if the NFT creator doesn’t own that work. This brings us back to the original question. What rights, if any are sold in an NFT and can that help us better understand the nature of the thing. Perhaps to better understand what is actually being sold as an NFT, we need to look at the NFT as the sum of two discrete parts. One is the art itself, either a video, an image or even some physical item – this is not being sold per se. The second discrete part is the artist’s connection to said digital or physical art. Arguably, this second aspect is the crux of the sale. A purchaser purchases an NFT of a scene from Pulp Fiction not necessarily because it's from a great movie – that movie is easily available online for everyone to access. It is not scarce. Rather, the purchaser is buying the ability to purchase the digital scene from Quentin Tarantino himself. Consider the hypothetical where the NFT was created by an unrelated third party. In this case, the NFT would have little to no value. To summarize: the thing that I am buying, and more specifically the value the NFT emanates from, is the intangible connection that the NFT creates between the artist and the linked work – as memorialized in the NFT. There is no substantial value in the (one of infinite) digital item itself (at least none that can justify the sky high prices)– that is merely the vehicle for the connection. If this is the case, then the booming NFT market demands the creation of a new sui generis form of intellectual property protection to prevent third parties from passing off NFTs of works that are not theirs. This is a necessary expansion of IP law; if the buyer knows that the third party is not the author or copyright holder, or if the third party is a legitimate purchaser of the art represented by the NFT, there really doesn’t seem to be anything illegal in the creation of the NFT.

Notably, such a sui generis right would not protect works that are already in the public domain, such as an NFT of the Mona Lisa, but could be designed to prevent the distribution or sale of an NFT representing a copyrighted work.

Of course, such rights would also be limited to jurisdictions that allow for such rights. So if Israel doesn’t incorporate a sui generis NFT right, then it is possible that we won’t be able to protect our famous part-time resident from the inequities of the selfish and the tyranny of evil men who create and sell their own Pulp Fiction NFTs.