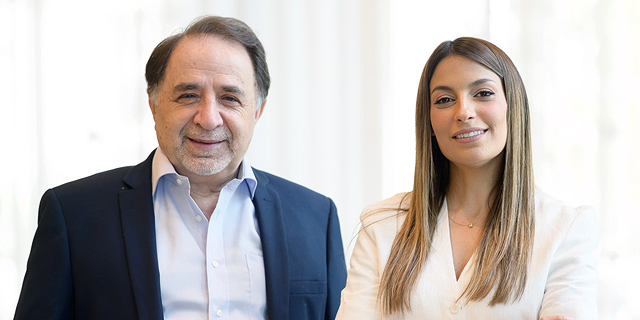 The global VC firm has previously invested in numerous local companies, including eToro, Explorium and Granulate

Fort Ross Ventures, an international venture-capital firm historically focused on startups in the U.S. and Israel, announced on Wednesday the $100 million first closing of its Late-Stage Fund. Originally announced in November 2020 with a total target of up to $200 million, the Late-Stage Fund is focused on investing in the Series D+ rounds of industry-leading companies with the potential to conduct an IPO or strategic sales within 2-3 years. In addition to a strong footprint in the U.S. and Israel, Fort Ross Ventures is also expanding to other regions, adding Europe to its target geography.

As part of the first close, Fort Ross Ventures’ Late-Stage Fund has invested in Ladder Life, the digital life insurance company offering flexible term coverage in minutes within their recently announced $100 million Series D. The fund’s ongoing investment priorities include fintech, cloud technologies, AI/machine learning, business process automation services, edtech, foodtech and tech enabled businesses, with a strategic aim of backing companies that have raised at least $50 million in equity capital and are valued at $500 million or more. “I am excited to share that Fort Ross Ventures will be now supporting successful fast growing companies at all stages of growth. Our new late stage fund will help fuel growth for great businesses up to a pre-IPO stage,” said Sharin Fisher Dibrov, Fort Ross Ventures Partner. “There’s a massive opportunity in investing in late-stage companies in Israel; especially nowadays, when Israeli founders aim to build industry-leading companies, remain private longer, and see the exit scenario as only one of the options (and not necessarily the leading one), but rather going public and building a multi-billion-dollar business.”

Fort Ross Ventures founder and Managing Partner Victor Orlovski added: “We’re extremely pleased with the reception to the Late-Stage Fund, as there has been enough demand that we expect it will end up being upsized. It’s long been our belief that our international connections to connect founders with the best tech talent and expertise in business development can be just as beneficial to more mature companies as they are for early-stage startups, and we see the fund’s success as validation of our winning formula.”