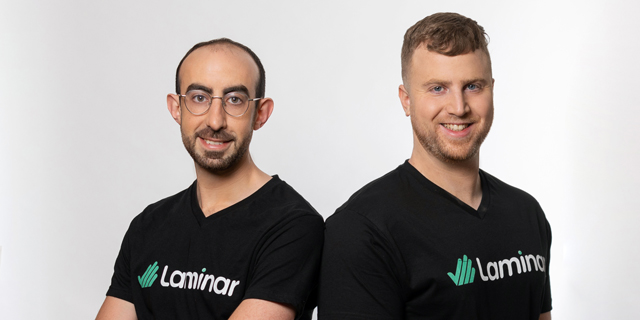 Founded by Unit 8200 veterans and four-time Google Capture the Flag champions, the firm delivers data security and leakage protection for everything built and run in the cloud

Laminar, a public cloud data protection provider, emerged from stealth with a $32 million Series A investment, bringing the company’s total funding to $37 million. The round was led by New York-based global venture capital and private equity firm Insight Partners, with participation from SentinelOne, TLV Partners and Meron Capital. Founded by Unit 8200 veterans, four-time Google Capture the Flag champions and lifelong friends Amit Shaked, CEO, and Oran Avraham, CTO, Laminar delivers agentless and asynchronous data security and leakage protection for everything built and run in the cloud. “As organizations rapidly transition to the cloud and build applications cloud-first, businesses are moving at record pace. These transformations often make life easier. However, for CISOs and data security professionals, their job is more difficult than ever before, and data protection teams are left in the dark,” said Shaked. 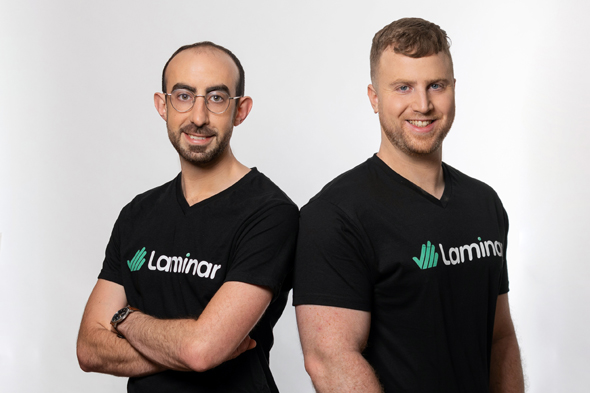 According to Crunchbase, cyber companies in Israel have raised about $1.6 billion to date this year, well above last year’s record of $1 billion. Laminar’s Series A, which also included investments by cybersecurity founders and Fortune 500 CISOs, is one of the largest A rounds for an Israeli security startup with founders under 30 years of age. Laminar will utilize this round of funding to expand its engineering department, build-out its go-to-market team and establish a data security research team. “With its game-changing security platform, Laminar is bringing about the democratization of data in today’s fast-paced cloud world,” said Emmet B. Keeffe III, founder, Insight IGNITE and operating partner, Insight Partners. “At the end of the day, security is about protecting data—and today’s data protection teams are unable to keep up.” Laminar's platform provides continuous monitoring of both managed and unmanaged datastores, compute as well as data egress channels, allowing sanctioned data movements and alerting when something’s wrong. This cloud-native approach allows complete, autonomous data observability, including within shadow datastores. “Data and APIs are mission critical in the functioning of today’s digital society,” said Tomer Weingarten, CEO, SentinelOne. “Securing data wherever it resides is the foundation of our Singularity XDR platform - we see Laminar’s approach as complementary in helping our customers secure data in a cloud-first world.”

Shaked and Avraham met in high school at 14 and both served in Unit 8200. Following Unit 8200, Shaked went to a late-stage startup called Magic Leap, and Avraham joined a newly launched company Medigate. Avraham also led a team of renowned offensive security experts to win four out of the last six Google Capture the Flag competitions. “We are friends first and business partners second - and hope this will come through as we build out our diverse and talented team,” said Shaked and Avraham. “We are thrilled to see our hard work coming to life with the launch of Laminar.”