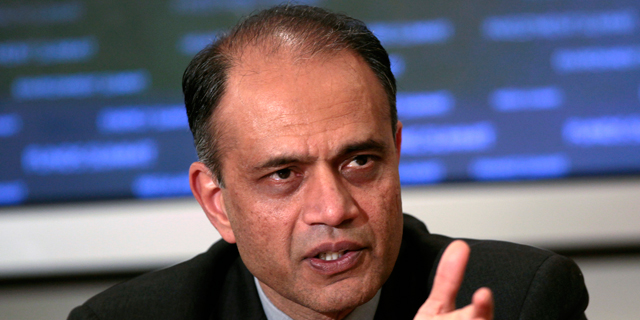 “I heard ‘no’ on electric cars countless times”

Dr. Prabhakar Patil was one of the early visionaries of modern electric cars when he ran Ford’s hybrid cars project in the 1990s. He is now advising Addionics, an Israeli startup that seeks to improve the existing batteries

“So many times, when I approached an executive of the automotive industry, be it my superior or one of my customers, I was met with ‘which part of no don’t you understand?’ when I proposed investing more in electric powered cars. I’m glad electric cars are finally becoming mainstream,” says Dr. Prabhakar Patil.

Dr. Patil, originally from India, ran the hybrid cars division at Ford in the 1990s. He dedicated the following decade to managing LG Chem. The South-Korean battery maker has provided batteries to Ford, General Motors, Renault, Volkswagen, and Tesla in their early days. Today, he advises Addionics, an Israeli startup that seeks to improve the existing batteries.

He says, “Until the diesel-gate crisis in Europe, carmakers were even reluctant to invest in hybrid cars, insisting on diesel engines. It is understandable since the necessary investment is so big that managers find it hard to justify unless some dramatic event that warrants a transformation had occurred.”

How long will it take before we all ride electric cars?

“There are two famous photos taken in a Manhattan street in the early 20th century. One shows many coaches and one car. The other, which was taken a decade later, shows numerous cars and a single coach. While the transition to electric cars will be slower than the transition from coaches to cars, the train has evidently left the station. By 2025, 12%-15% of global car sales will be of electric cars, and this is just the average. In some countries, electric powered cars will dominate the roads. By 2030, the global average will be 30%-35%. At that point, the process will accelerate quickly because many manufacturers have announced they will stop making and launching internal combustion cars by the end of this decade.”

“The prices are falling. I remember the times when each kw/h of the battery cost $1,000. Already in 2012, the price was down to $300. Today’s price is around $100. Even without technological breakthroughs, by 2025, the price will be approximately $70 per kw/h. At this point, an electric car with a range of 320 km will be cheaper to make than a gasoline car, even without tax relief. Moreover, since the maintenance and energy required for the electric vehicles will be cheaper, there will be no point in buying a patrol car.”

People are concerned that batteries will not last long after the warranty is over. As a result, they would be stuck with a used car which is not worth much unless a new, expensive battery is installed.

“The concern is understandable because the battery currently accounts for 40% of the car’s price. However, the carmakers provide a long warranty, with eight years almost becoming the standard. Some even give a 10-year guarantee. Moreover, Tesla has shown that even with cars that drove 320,000 kilometers, the battery still charges 90% of the capacity of a new battery.”

It has been said that using fast charging in road stations will shorten the battery’s life.

“If the charging is programmed to stop when the battery is 80% full, its lifetime will not be impacted. The limitation helps control the battery’s temperature during charging and benefits from shorter yet effective charging. The carmakers, led by Porsche and Hyundai, decided to increase the voltage from 400 to 800 volt. This helps in charging the battery with more electricity at lower heat.”

“Agassi was ahead of his time”

What about the possibility of changing the batteries in electric cars, as Better Place had proposed?

“Shai Agassi was ahead of his time. Some manufacturers, such as Neo, opted for the battery changing option. However, to make it work, standardization is necessary so that batteries will come in the same shape and size and manufacturers will be able to use the same infrastructure.”

“China is the leader in absolute numbers, but Europe has surpassed it in terms of penetration. The Chinese car market is the largest globally, with 28 million cars a year compared with 13 million in Europe. However, in 2020, Europe sold 1.4 million electric and hybrid cars compared with only 1.3 million in China. Therefore, I believe Europe will maintain its penetration leadership. At the same time, the Chinese will continue to exert themselves because they do not want to continue spending such a large proportion of the national budget on gasoline purchases. In the USA, for example, Biden has initiated a major infrastructure investment, which will probably accelerate electric cars’ penetration there too.”

China has a monopoly on cobalt, a key ingredient in battery manufacturing. This may contribute to accelerating penetration there.

“China’s monopoly is on cobalt processing, not mining. Cobalt ships from South America and is available in large quantities also in Australia. The processing is a polluting process, which other countries don’t want to perform on their territory. But batteries without cobalt are introduced to the market by others.”