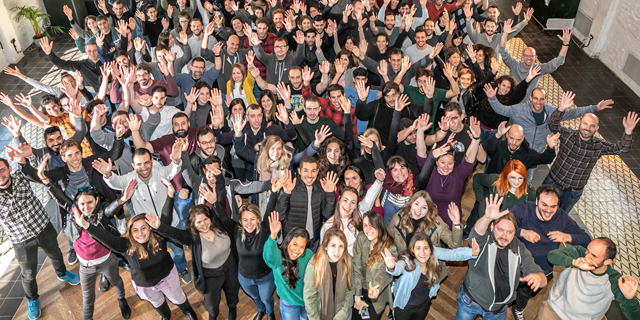 The Israeli gaming company is expecting revenue of over $1.5 billion in 2021. Insight Partners invested $125 million in the company at a $1.25 billion valuation less than two years ago

Israeli gaming company Moon Active has raised $300 million in a funding round composed completely of secondary transactions at a company valuation of $5 billion, Calcalist has learned. The round was led by Insight Partners, which invested $125 million in Moon Active at the beginning of 2020 at a valuation of $1.25 billion, meaning the company's valuation has increased fourfold in less than two years. Andalusian Private Capital also participated in the round. Moon Active, which develops one of the world's most popular mobile games in Coin Master, acquired gaming company Melsoft last year. Melsoft also develops mobile games, including the successful Family Island and My Cafe. Melosoft has revenue estimated at $160 million a year. The cost of the acquisition was not announced but was believed to be over $100 million. Moon Active's income in 2020 reached $1.25 billion, and it ended the year boasting significant profits. The company is expecting revenue of over $1.5 billion in 2021.

Moon Active has raised just $10 million since it was founded in 2011, with investors including Gigi Levy-Weiss, Guy Gamzu, David Alliance, Or Offer and Jonathan Kolber.

Moon Active CEO Samuel Albin told Calcalist in response to the report that: "We are very pleased with the partnership with Insight Partners, which continues to believe in the company, its vision and its talented team, and we are happy to bring in Andalusian Private Capital. Looking ahead to the coming years we see potential for endless growth and this is only the beginning. We took significant steps this year in our goal to become the world's most successful mobile gaming company and invested many resources in developing our technological platform and many abilities that support and accelerate our games and provide us with a competitive advantage. We have developed several new games in several categories and are also targeting growth via M&As of different sizes. They say that human capital is the most important factor in the success of a company. That isn't true. Human capital is the only important factor in the success of a company and that is the secret to our success."