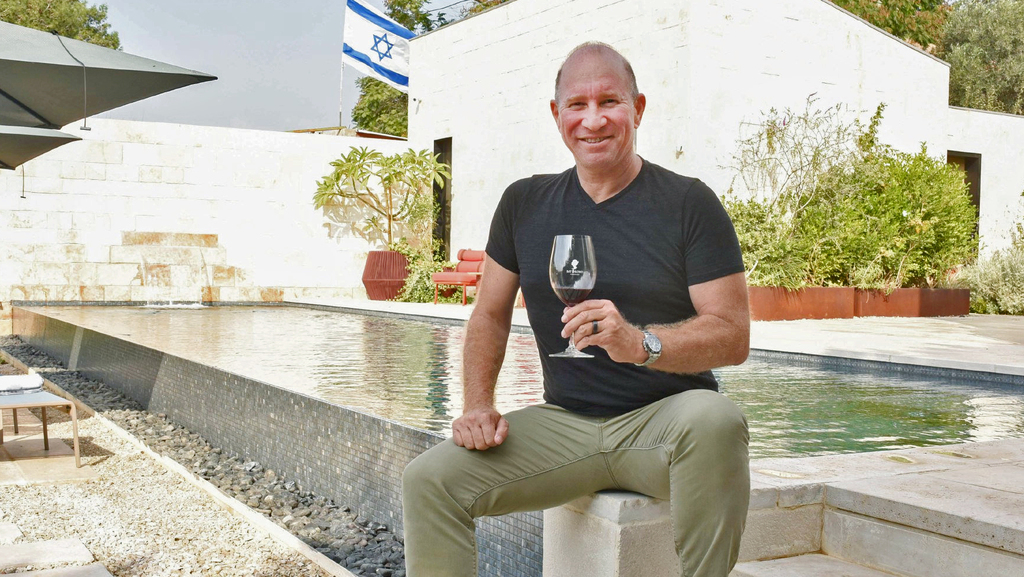 A taste of Napa Valley in Bat Shlomo

Elie Wurtman, an entrepreneur known for numerous exits and IPOs, dreamed of establishing a winery similar to the ones he had visited in Napa Valley. He founded Bat Shlomo Vineyards in the area settled by Baron Edmond de Rothschild near Mount Carmel, transforming a historic house into a Visitors Center that offers wine tastings, chef’s meals, and a luxury hotel

Time stops somewhere in the middle of the road. Finally, we exit the highway and enter the main street of Bat Shlomo and the old, original part of the small and sleepy “Moshava” in Wadi Milek, five minutes from Zichron Yaakov. Calling this village a “Moshava” is an exaggeration. It’s a single street- HaMeyasdim (Founder’s) Street, of course- with a few old houses you can count with the fingers on both your hands, maybe a few more.

But this is what makes it magical. Bat Shlomo was founded in 1889 during the first immigration to Palestine by Baron Edmond de Rothschild who named the village after his mother, Betty, the daughter of Shlomo (Solomon). Most of the original homes on the street, which are over 130 years old, show their age, and the renovated homes have been tastefully redone. 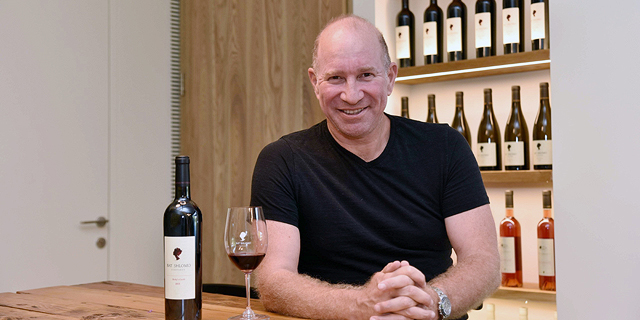 One of the restoration projects on the street is the Bat Shlomo Vineyards Visitors Center. The property belongs to Elie Wurtman, Managing Partner of PICO Venture Partners, a venture capital firm that invests in early-stage startups. Examples of PICO investments include Spot, which was sold 18 months ago for $450 million, and Vroom, which trades on the NASDAQ at a market cap of $2.3 billion. Make no mistake, Wurtman is also a social entrepreneur and a fierce Zionist. He is a fellow at the Aspen Institute’s Middle East Leadership Initiative (MELI), a board member at the Tower of David, and he has made several investments in educational initiatives for youth, including PICO Kids.

We sit in the yard of the beautifully renovated Visitor Center. Ari Erle, the vintner, pours us some exquisite Sauvignon Blanc from the vineyards down the road. Chef Daniel Misan will soon serve us raw fish and locally grown organic vegetables in the splendid tasting room. “This is the only street in Israel that has more or less maintained its character from the 1800’s,” says Wurtman. “In 2010, I stood right here with my family and told them, ‘I have found the place!’”

What kind of place?

“The place which I had imagined for the winery Ari and I will build in Israel.”

Wurtman tells me he met Erle 20 years ago in Napa Valley, the Mecca of American wine and one of the world’s major wine regions. “For years, we spent the weekends visiting wineries. He drove and I drank wine. Together we dreamed of opening a winery in Israel.”

The old and impressive house on HaMeyasdim Street is not really a winery. It is more like a shop window. Wurtman and Erle make their wine at the Adir Winery in Dalton. This is a common strategy, with many wineries or wine labels manufacturing their wines in this way. However, unlike some of the others, Wurtman does own vineyards in Bat Shlomo.

“Historically, the vineyards here belonged to Carmel Wineries,” he explains. “But most of them were uprooted over the years to grow loquat, and Bat Shlomo became the local loquat capital. When I arrived here, there was only one vineyard left. When the owner saw I was beginning to plant vines, he uprooted the last vineyard.”

The new and old house in the Moshava serves as a Visitors Center or a wine estate in the style of Provence or Napa. Yet, its Israeli character cannot be missed. You can stop at the Visitors Center, taste and purchase wine, but also – and this is the big difference – stay over for the night in one of the four guest suites, savor a farm-to-table chef’s dinner, and swim in an infinity pool overlooking the valley and the fruit grove that Wurtman planted on the property. The price point is similar to that of many Israeli guesthouses, approximately NIS 2,000 per night, but it includes so much more.

The building was renovated and restored by Arnon Nir’s AR Studio, adhering to strict conservation standards. Wurtman describes the work: “My vision was to create a home that celebrated Israeli creativity and art. I realized it was going to take a long time. We started the work, and it took a decade. People thought I was crazy. I told them, ‘This place represents contemporary Zionism. I want to bring youth to work in the vineyards.’ At that point, they were sure I was crazy because this concept does not exist in Israel where the physical work of farming is typically done by foreign workers.” Wurtman contacted Uzi Zucker, founder and manager of the Regavim agricultural high schools in the Golan Heights and Beit Shean. “Regavim is an educational program that targets youth who are not cut out for sitting in the classroom all day long, so they integrate farming into their school schedule. After joining the program, the students’ grades go up and are higher than average. They also enlist in elite military units. I adopted the school and told them, “I want you to work in the vineyards with me and realize the vision.’” 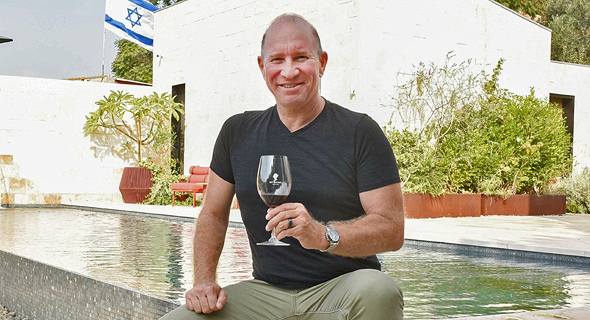 Did they follow you? Today’s youth are not fond of hard work.

“We started with 12 children and today we have 150. The demand is unbelievable. Three candidates compete for each place at the school’s dormitory. Or, our chief winemaker, is a graduate of Regavim. The winery awards scholarships to the students that help fund agricultural education at the school.”

We go inside, and Wurtman shows me the artwork on the walls, all of them by Israeli artists including Moshe Kupferman, Gal Weinstein, and Nitzan Mintz. Then there are the suites, the garden, and ancient archeological remnants excavated before the construction began. They include a wine press, an old Byzantine house, a painted taboon, and ceramic ware.

But one cannot leave without tasting the wine. We sip a Chardonnay, which wins over even a chardonnay-hater like myself; two exquisite Rose wines, one light and the other deep and intricate; red wines and new wines that have not yet been released to the public; “Regavim”, a blend of Cabernet Sauvignon and Syrah; and the flagship wine: Betty’s Cuvee, a classical bordelaise blend of Cabernet Sauvignon, Cabernet Franc, and Petit Verdot from the 2015 vintage. We conclude with Ice Wine made from Semillon grapes. All of them are superb.