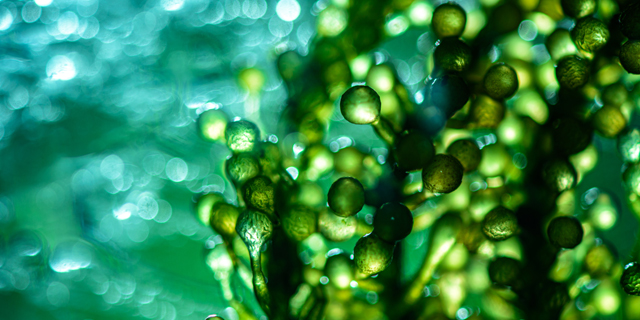 Algamed Therapeutics is tapping into nature for a femtech solution

Company: Algamed Therapeutics Product: Revive gel Raised: $1.76 million (Crowdfunding, angel investors) Founded: 2014 Founders: Oded Bashan, Ronnie Klein Headquarters: Rosh Pina Scientists and pharmaceutical producers are looking toward nature more than ever before for derivatives to treat ailments. Female-run Algamed Therapeutics, an Israeli biotech startup, is a prime example of that. Many women suffer from atrophic vaginitis, or vaginal dryness, which can lead to a variety of health problems including yeast infections, pain during periods or intercourse, and eventual atrophy of the tissue lining. Algamed examined ways to deliver natural-based compounds to that sensitive area, and found a wholesome ingredient to incorporate in over-the-counter formulations: algae. “Algae is a single-cell organism that lives in extreme environments in beaches, lakes, and oceans. It is exposed to extreme sun, high saline content, and other dry conditions that are at risk of drying out, and yet it survives,” company CEO Efrat Ramati told CTech in an interview. The plant also excretes a gel that keeps it moist, and has numerous anti-bacterial, anti-inflammatory, antiviral, and anti-aging benefits. Through use of its laboratory, Algamed decided to extract this gel from algae, and thought it would be suitable to treat female dryness.

Algamed is relying on the properties of algae for its new treatment for atrophic vaginalis. Photo: Shutterstock

Looking to the sea for solutions Algamed was founded in 2014, and is based in the northern town of Rosh Pina, near the Sea of Galilee. “Algae,” explained Ramati, “is an ingredient that is really suitable for treating this area, since it’s a gentle and moist substance.” When devising the formulation, the company’s creators clearly had survivors of ovarian cancer in mind, who are prohibited from using common solutions offered on the market which contain hormones. “Non-hormonal treatments or natural treatments simply don’t exist.” Algamed’s solution is termed Revive, and is a gel that was formulated and patented by Scientific Advisors Ronnie Klein and Dr. Tammy Meiron, and contains other ingredients, such as xylinep, which is used in eye drops developed by scientists at the Hebrew University of Jerusalem. And it isn’t only for survivors of ovarian or cervical cancers, Efrati noted, or for menopausal women. It can be used by women who can’t take hormonal supplements, have diabetes, are breastfeeding, on birth control, or taking antidepressants. The dryness issue has become a chronic problem, and after the age of 60, two out of three women suffer from this condition. “That’s almost half of their adult life,” Ramati said, explaining how it can hinder women’s sexuality and relationships. Over the counter solutions aren’t suitable for many reasons, she explained. According to the WHO, most of these products are too high in saline content which causes the area to dry out more, and whose pH is over the threshold. “A natural vaginal pH is between 3.8-4.5, so anywhere over 5 or 6 can expose the area to harmful microbes that create yeast infections.” In addition, those lubricants contain a synthetic gelling agent, called carbomer, which is a petroleum derivative that may cause irritation over time. “Most of the formulations on the market today were developed in the 1980s, but we’ve learned so much more since then. Algae has many therapeutic qualities, can soothe irritation, and has numerous antiviral and anti-inflammatory benefits.” 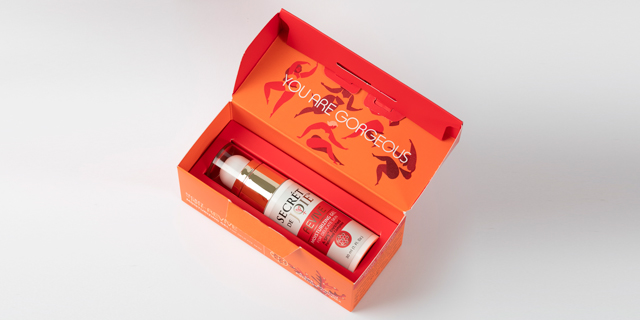 A female-centered team Ramati joined the company three years ago, alongside co-founders Klein and Oded Bashan (who founded OTI which went public on Nasdaq), with Bashan currently serving as the controlling shareholder and active chairman. So far, the femtech company has raised a near total of NIS 5.5 million ($1.76 million) from angel investors and crowdfunding. Since 2021, the company has raised NIS 2.918 ($924,000) from private investors and through a grant from the Israel Innovation Authority. “Companies similar to ours have been acquired by larger biotech giants, such as Unilever, and Johnson & Johnson, so if we receive an offer we can’t say no, but currently we have no set date for doing an IPO,” Ramati commented, adding that the company hopes to hold a bigger fundraising round next year, and that its current valuation stands at NIS 20.4 million ($6.46 million). The need for femtech is growing, she said. “This is a worldwide issue, and it isn’t unique to the Israeli market.” Unlike other companies, who strive to incorporate an equal share of women and men on their teams, Algamed ended up with only female employees. “We prefer to have women on our team, since we believe that women understand this issue better. On the other hand, many men are new to this sector, and when they realize its importance they light up. This is a silent epidemic - the fact that there aren’t any normal solutions on the market is terrible, but we can solve that.”