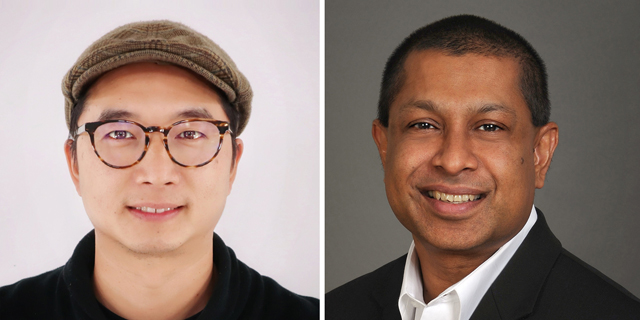 Tel Aviv-based new media and technology startup Tetavi announced Tuesday the addition of two new executive team members. Former Warner Bros. Entertainment VP Anuraj Goonetilleke has been named Chief Strategy and Revenue Officer, while former vice president of content marketing and partnerships at Warner Bros., Bonnka Lim, has been appointed as the new Chief Marketing Officer. In the new role, Goonetilleke, will be responsible for the overall business strategy and commercial aspects of Tetavi. He is expected to collaborate and form strategic partnerships across music, sports and other media and entertainment verticals promoting the company’s proprietary technology creating new digital content and experiences.

Goonetilleke, previously served as Vice President of Warner Bros. Entertainment in various capacities including corporate development and strategy, M&A, investments and his most recent role in emerging technology and innovation strategy. Commenting on his new position, Goonetilleke stated that “Tetavi’s industry leading technology and capabilities help power the future of immersive entertainment. Content creators recognize the value of having the ability to repurpose the volumetric digital asset captured through Tetavi’s proprietary technology to create new experiences and revenue opportunities while bridging physical and digital worlds. I am excited to formulate the strategic road map to make Tetavi the gateway to the next generation of entertainment.” New Tetavi CMO Bonnka Lim is being asked to define the company brand strategy and spearheading communication and media strategy, with the goal of establishing Tetavi as the leader in the volumetric video capture space and a key player in building the future of entertainment and video creation. According to Tetavi’s announcement “Lim brings 18 years of experience in building global brands and creating engaging content. He has held strategic positions at Microsoft, Electronic Arts, Ubisoft, and several senior roles at Warner Bros. Interactive Entertainment. He has helped to build and manage EA Sports FIFA, SSX, Assassin’s Creed, Prince of Persia, Soulcalibur, Mortal Kombat, Lego Video games, and Batman Arkham Series.” “Tetavi’s technology will allow everyone to truly express themselves in the digital world, enabling them to create their own digital twin and produce more immersive content,” Lim commented. “I’m very excited about partnering with industry leaders in gaming, media, and entertainment. I believe we have a great opportunity to create the future of entertainment and the next generation of content creation.”

“We are already in negotiations with some of the largest studios and production companies in the world to adopt our technology, and we have no doubt that the vast experience of Anuraj and Bonnka will allow us to stand at the forefront of the new world of volumetric video in Metaverse and other virtual worlds,” Tetavi’s CEO, Gilad Talmon, stated. Tetavi, which was founded in 2016 by Dr. Miky Tamir and Micha Birnbaum, deals in volumetric video capture. Its stated mission is “to enable connection, self-expression, and creativity through photorealistic shareable digital content.” The company is said to utilize proprietary algorithms, built machine learning and AI capabilities to power content creation and digital experiences.