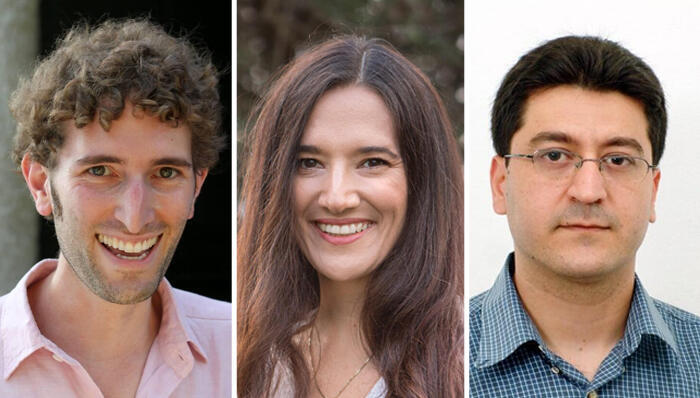 The researchers switching academia for tech

Demand for high tech employees with graduate degrees is growing, and many are choosing to leave their academic careers behind and join the industry, earning high salaries, receiving stock options, and IPO bonuses

“There are many benefits to remaining in academia, but the main reason for joining the tech industry is the economic aspect. Even tenured salaries, like that of a junior lecturer, are pretty low. In addition, the high tech industry really appreciates the impact that academic research has to offer. The industry doesn’t focus on writing papers for academic journals, but rather on matters far more significant that influence society as a whole,” said Dr. Nuaman Asbeh, a senior data scientist at Centrical, when explaining his choice to transition to high tech and leave his academic career behind. And many are doing the same. In 2013, he completed his doctoral studies in machine learning at Ben-Gurion University of the Negev, after completing his master’s in health informatics, where he first began analyzing clinical data. During the course of his PhD, he studied probabilistic graphical models (which are also known as Bayesian networks), and later completed a post-doctorate in Prof. Shai Shen-Orr’s laboratory in systems biology at the Technion Institute of Technology. 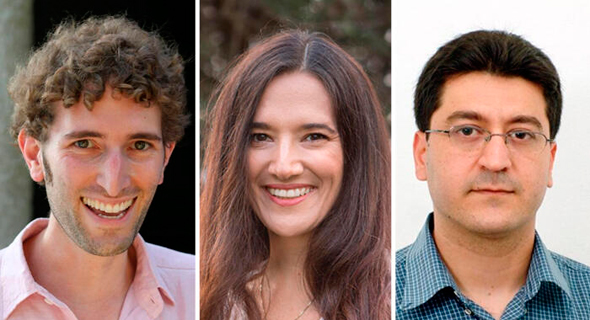 “Before I completed my PhD, I began examining options whether to continue my studies in Israel or abroad. It was difficult to relocate overseas since my wife was working on her own doctorate at Ben-Gurion. My plan was to begin a postdoc at the Technion, and then do another postdoc abroad,” he said. He worked at several startups as a senior data scientist, and during his time at Shen-Orr’s lab he debated which path to choose. In the end, he decided to stay with the high tech industry due to the sheer amount of resources and data that are available to scientists. “In academia, it’s very difficult to obtain data for research purposes. Private entities aren’t prepared to hand over data that easily, since it’s worth a lot more. There’s a business interest to protect, and the data that we receive could be trivial or such that doesn’t bother customers. In academia, I was never able to get my hands on the real data or figures that I needed,” Asbeh said. Only 2% of high tech employees have PhDs According to figures from 2018, the percentage of high tech employees with PhDs in Israel is less than 2%, and only 1.7% for foreign tech companies that have operations in Israel. There are very few people in total who complete a doctorate or pursue graduate studies in technological fields, such as in mathematics, statistics, computer science, electrical engineering, or information systems. Only around 70 people a year complete a PhD in mathematics, statistics or computer science, with that figure at 50 for electrical and electronic engineering, and just seven in information systems. Over the past few years, there hasn't been an incentive to do so, due to the above-average salary and attractive working conditions that draw people to the high tech industry. However, the demand for those with doctorates has grown, and many have later pursued higher studies in non-technical areas such as brain science or economics. Noah Dolev, a Senior Research Scientist for Predictive Analytics at Gong.io, completed his doctorate in neural computation at the University of Freiburg in Germany. He devoted many years to his academic career, pursuing a bachelor’s in molecular biochemistry at the Technion and a master’s in brain science from Tel Aviv University. After completing his PhD in 2015, he decided to return to Israel and join the high tech industry instead of choosing to do his postdoc abroad. “In order to move forward in Israeli academia, you must do a postdoc abroad, and it requires you to relocate with your partner who most likely won’t be able to obtain a work permit, and move with young children overseas just so one partner could work on their postdoc and not earn a lot. It’s very complex, and leads a lot of people to forgo this track altogether,” Dolev said. “I also realized I couldn’t spend time with my family, and that came at a high personal cost so I relinquished my academic career. I chose to work for startups instead since I believe it is the only place where I can really realize my scientific curiosity.”

Dolev worked as a data figures scientist at several startups, served as a head statistician and a senior data scientist at Wix, and managed development teams in neuro-linguistic programming (NLP) as a Chief Science Officer, until he landed his current position at Gong. Gong recently became a unicorn, and develops software that records, transcribes, and analyzes sales conversations to enable organizations to make better decisions based on data. Dolev also managed to complete his postdoc in computational neuroscience, focusing on computational nerve coding of the retina at the Weizmann Institute of Science in Rehovot. “There’s something pure about science - it seeks to decipher unexplained phenomena and enrich human knowledge without monetary consideration. It’s a magical world that still fascinates me. But I decided to transition to high tech in order to implement scientific methods and concepts in an environment that strives to turn those ideas into reality, and do something that has a positive impact on all our lives,” he said. “I still have the soul of a scientist, and work in the artificial intelligence sector,” he added. Dolev’s other employment options could be lecturing, public service in data analysis, working as a scientist for innovative companies in areas such as foodtech, or any other profession that requires statistics or algorithms. But Dolev doesn’t feel as if he’s given up on his dream. “My knowledge and experience are being used to develop artificial neural networks,” he said. Having a doctorate and working in the sector could have its perks, but it leaves those who don’t come from a prestigious academic background at a disadvantage. On the one hand, there’s a demand in the industry for employees with graduate degrees, and there are certain positions that are only open to that group. On the other hand, most of the positions are in research areas yet demand adhering to strict deadlines, which academics might struggle with. There’s often a gap between the rate of research that academics feel comfortable with, and the industry’s increasing demands. “The hot fields right now are AI, deep learning, NLP, data science, and even knowing a bit of Python doesn’t hurt. We’re seeing an increase in the number of available positions for people with higher education, as well as in terms of salary, considering there are 200 open positions in algorithmics, where 10% are open to those with PhDs and 20% to those with at least a master’s degree,” said Maayan Tal, a technical recruiter at Gotfriends. It’s nearly impossible to work in the algorithmic sector without a master’s, and most positions demand at least four years of prior work experience, while those with undergraduate degrees alone need at least eight years of experience.” Israel’s most prestigious academic institutions include the Technion, the Weizmann Institute, and Tel Aviv University where a person’s grade point average and field of study could also affect their salary. While brain science is considered to be at the bottom of the food chain, salaries increase the more technical a degree is, such as mathematics, Tal explained. Salaries range from NIS 25,000 ($7,900) a month for a starting position (with no prior experience) to NIS 50,000 ($15,800) for “superstars” who completed their postdoc at MIT. “If we’re looking at positions that require having a doctorate, salaries fluctuate, but if we’re looking at positions specifically designed for those with graduate degrees, then having a PhD has no effect on salary,” Tal said. 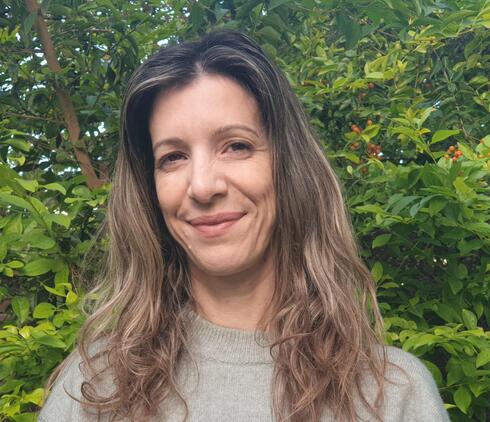 Academia doesn’t have customers who demand products Shira Mintz is a senior director of data science at BioCatch, which prevents financial fraud on social networks through analyzing behavioral biometrics. Mintz holds a PhD in bioinformatics from Weizmann. When she began working in the industry, she suddenly saw the differences in production rates compared to academia, which required her to adapt. “The nature of the work is completely different. In academia, you have a group in a lab that spends a lot of time working on one thing, and is capable of conducting in-depth research. You don’t have customers demanding to see the products you’ve been working on. The high tech industry revolves around customers, and they need to see those results quickly. It’s a switch that you have to make, while still preserving research quality and ensuring that your products have high technological standards,” she says. Mintz has been working at BioCatch for seven years, and worked at RSA Security for three years prior, where she dealt with similar content. “When I completed my undergrad and graduate studies in biology and computer science, I knew I wanted to work in this industry, but it was also important to me to pursue a doctorate, become an expert, and feel that I am an experienced, highly-trained, and qualified researcher. During the course of my studies, I realized that I wanted to return to the industry. I’ve always had a burning desire to pursue research, but specifically the applicative aspect. Both of my parents are academics, and academia is something close to home, so I made the decision to return to the industry. There’s room for entirely new areas of content which require in-depth research, which can still benefit and contribute to the world and especially to the State of Israel. Fraud prevention runs through my veins now, and it’s an important goal,” she said. When Talia Shrem began her brain science studies at the Hebrew University of Jerusalem, she thought she would pursue an academic track at first, but as she was completing her doctorate, she wasn’t so sure. Today, she is a data scientist at DayTwo, which develops algorithms to study a patient’s microbiome to prevent diseases, and provides personal meal planning. “On the one hand, I really loved the research and my doctorate was fun and interesting, and I don’t regret doing it. On the other hand, living an academic life isn’t simple; there’s a fierce competition over standards in Israel. You're doing a lot of the work alone, and you progress quite slowly. It totally takes over your life, my research was a part of me and I couldn’t separate between my work and the rest of my life,” said Shrem. “During the last year, I visited several labs in the U.S. where I considered doing my postdoc. I decided to let it go, and took a yearlong break from academia. It’s funny, since I referred to it as ‘a break’ for a long time and wasn’t even able to admit to myself that I was leaving academia. It’s very difficult to leave when it’s the only thing you know and you think that path is the right one. Now, I’ve realized there’s no one ‘right’ way.”