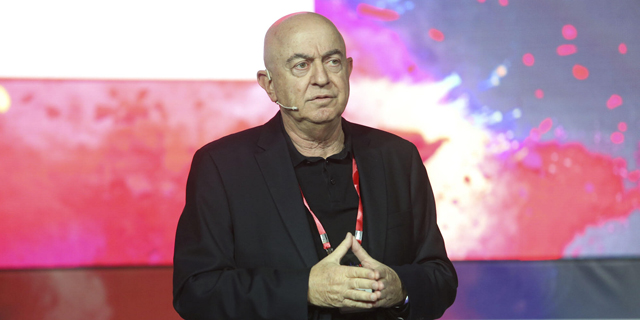 Wanted: A booster of humbleness for 2022

“Let's be more humble, not only in our pretension to make forecasts, but also in life itself,” says Calcalist Publisher Yoel Esteron

It is worthwhile adding a warning note or at least an asterisk to all the forecasts being made for 2022. Even the cliche that "it is difficult to make predictions - particularly about the future" has become an understatement over the past couple of years. In April 2020, just 20 months ago, important experts, decorated economists and anxious leaders estimated and warned that the world was heading to an economic crisis not seen since 1929. Who would have believed one year ago that the S&P would surge from 2,300 points in March 2020 to over 4,700 points in December 2021, setting a new all-time high? Who would have believed that the Tel Aviv 125 index would climb from 1,300 points to 2,000 points during a year-and-a-half of a global pandemic, waves of rising sickness and lockdowns? Who would have believed that Israeli tech would manufacture dozens of Unicorns over a single year, more than all of Europe combined?

The economy wasn't the only one shattering forecasts. Israeli politics also achieved the unbelievable, evicting from the prime minister’s residence in Balfour its permanent tenants. Who would have believed that Naftali Bennett, who failed to cross the threshold in elections in 2020 would become the prime minister in 2021? Even Bennett didn't believe it and I'm certain that he is pinching himself every morning to make sure that he isn't stuck in some weird dream, or terrifying nightmare, about being in a government with Tamar Zandberg. There were also quite a few medical experts who got confused and would go on to confuse others. Some of the professors to which we clung to their forecasts on a nightly basis have now been revealed as buffoons trying to attract attention. The hysterical professor from the Ministry of Health who offered to hand out battle rations ended up becoming a masked pee in a silly prime time show. The easy-going professor who arrogantly announced that the pandemic was over before the first wave was even done is now "dancing with the stars." Who would have believed that doctors would be competing against reality TV castaways. Therefore, instead of offering a forecast, I'm suggesting to put the following on the agenda: Let's be more humble, not only in our pretension to make forecasts, but also in life itself. What do I mean? In the economy, we don't know how the Omicron wave will unfold and what will follow so therefore we can't come up with NIS 100 billion (approximately $32 billion) from thin air the way the previous government of Bibi and Herod did. Liberman's finance ministry is right to not be showering money from helicopters on the likes of Isrotel or Fox, the champions of whining and dividends. That is what I call humbleness. In security, we can't, not really, attack Iran without all the might of the United States beside us. That is why there is no point in the boastfulness of the security establishment chiefs, and there is no sense in a confrontation between the Prime Minister of Israel and the President of the United States. A little humbleness by a small country of nine million people wouldn't hurt. In politics, both the right and the left need to shrink their expectations. There isn't one person on the political spectrum that can realize their desires without bringing down the rickety government and challenging the barely breathing structure of Israeli society. Surprisingly, Mansour Abbas understands that better than Ayalet Shaked. We would all be better off if more politicians would inject themselves with a booster of humbleness. Science didn't disappoint us. Within less than a year scientists developed vaccines that might not be perfect, but certainly prevented a global catastrophe. I admire scientists more than I do rock stars or athletes, but we need to be humble in our expectations from scientists, and certainly not get angry at them when it becomes clear that we need a fourth booster.

And of course, the climate disasters that intensified over the past year reminded us of our essential obligation to be more humble and very careful in our treatment of planet earth before it is too late. Governments, corporations, and citizens need to understand that oxygen and water, food and comfortable temperatures, are in real danger, even if not immediately.

And finally - us. Isn't the pandemic a reminder for all of us that abundance is not a given, that health is not guaranteed, and that one virus in China can hurt a billion people from Wuhan to Tel Aviv. Black swans will continue to attack us without warning. Therefore, maybe we too, each in our own space, should adopt a little more humbleness in our expectations, hopes and life itself.