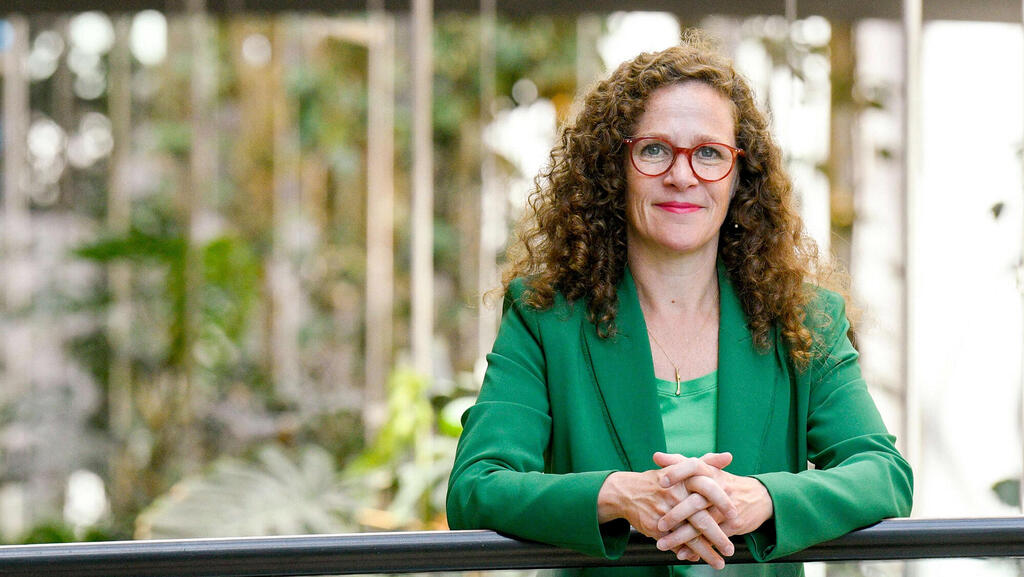 "Governments make citizens believe they are safer when they are being tracked. This is bullshit"

Sophie in 't Veld, a member of the European Parliament, will chair the commission of inquiry into the use of spyware such as NSO's Pegasus in EU countries. The inquiry will examine, among other things, whether existing laws allow for effective surveillance, and whether espionage has been used for political purposes

"Public authorities should remember that they are serving their citizens and not the other way around," said Sophie in 't Veld, a member of the European Parliament, who will chair the commission of inquiry into the use of spyware, such as NSO's Pegasus, in an exclusive interview with Calcalist.

According to in 't Veld: "These days it does not take much to be labeled a suspect, and if governments use such measures on their citizens and no one knows, they can not defend themselves. Citizens should not be afraid of their governments, it turns the world upside down."

in 't Veld knows a thing or two about the ease with which a person can become a suspect. The 58-year-old Dutch politician found herself, according to Politico, on the blacklist of the US Department of Homeland Security in 2008, after demanding to see what information was collected from passenger name data on her flights (PNR). She did it as part of her ongoing and pioneering work for the privacy of EU citizens, and has even spearheaded the opposition to the collection of data, including passenger names, type of meal they ordered and means of payment, that is later handed over to special law enforcement and anti-terrorism units.

Even then she knew, before many of her colleagues, to question their necessity and the added value these data produce for law enforcement. This doubt has become present in all her activities over the years and it is this that has motivated her in the last year to urge the EU Parliament to set up a formal commission of inquiry into the use of spyware such as Pegasus.

"The mandate of the investigation is open to Pegasus or any other company’s spyware," in 't Veld stresses. “We will have many hearings, and although we do not have an official work plan yet because we have not yet had an initial meeting (the meeting took place on April 19, after the Calcalist interview was held), we have a list of goals ready. In the coming week, representatives of human rights organizations such as Citizen Lab (a Canadian research laboratory that has revealed some of the uses of Pegasus and other spyware), Amnesty International and various journalists are expected to appear before the committee to begin the process and get a clear picture on the issue.”

in 't Veld adds that people who have been attacked using these software and technology experts will also be summoned. "We hope to talk to the governments as well, although we can not oblige them to appear and question their representatives under oath, but fortunately we do not have to rely on their testimonies. We will hear from companies like Apple, European institutions, the Commission. We will also have a secure channel for people to share information secretly. We will report on our findings within a year."

She was one of the first to fight for the privacy of the citizens of the union, she demanded an annual assessment of the rule of law of the member states, acted assertively to deal with "golden passports" - citizenship given in exchange for huge capital and connection, especially to the Russian oligarchy that uses them as a means of smuggling capital, and promoted issues of a woman's right to her body and equal rights to the LGBT community that made her a bitter rival of the Vatican and the Italian government.

Therefore, it is not surprising that when the aura of mystery began to disperse around the Israeli spy company NSO, she was one of the first to demand a European commission of inquiry. "When it was uncovered last year, Pegasus was the center of attention, but after months it became clear that there were more suppliers for such measures. At the time I called for an inquiry into the use of spyware but there was no majority in the European Parliament, people were simply not interested. But then the Polish government's use on some of its political critics was revealed, the winds changed, and slowly a majority was formed to form a committee."

Since it was revealed that the Polish government used NSO tools to spy on political rivals, similar findings have emerged in another union country - Hungary - where the tool has been used by the government against political rivals but also on journalists. In recent weeks, it has even been revealed by the Reuters news agency that senior members of the European Commission were themselves a target and were attacked. The commission revealed the break-in following an announcement issued by Apple in November to thousands of people who own an iPhone device. Reuters, and as a result the commission, did not find out who used the spyware to break into the phones of senior commission executives and employees, if the attempts were successful and if so, what information might have been obtained. Perfect ambiguity is as powerful as it is dangerous to the proper functioning of a representative political system.

Meanwhile in the U.S., the NSO has been blacklisted, an unusual political move against a company whose activities are perceived as dangerous to national security.

In Israel and following the exposure by Calcalist, the Israeli police were forced to admit that they use the spyware against the citizens of the country, after repeatedly claiming that they never did such things.

The piled up evidence of the misuse of these tools around the world against political rivals, journalists and human rights organizations has led to negative sentiment in the EU as well. In February this year, the European Commissioner for Information Protection issued a special report calling to outlaw use of such Pegasus spyware, noting that "advanced spyware like Pegasus has the potential to infringe not only on basic freedoms but also on democracy and the rule of law.”

In March, the European Parliament voted overwhelmingly in favor of setting up a commission of inquiry into the use of Pegasus-type spyware by member governments. The committee will have 38 members, and in 't Veld will oversee its activities. The investigation is expected to last about a year and will examine the use of spyware in EU countries, as well as whether existing national laws oversee surveillance, and whether such spyware has been used for political purposes against journalists, politicians and lawyers.

"Looking at everything that has happened since the 9/11 attacks," in 't Veld reiterates this incident as a turning point, "it is clear that the adoption of mass surveillance has become truly limitless. We have no idea at all why all this surveillance is used and how it achieves additional security. Even in the European community we do not get the information we need to examine how these measures are implemented, what the results are, and if all these measures are really needed, and do they even stand the test of proportionality. After all, we do not really know what governments are doing."

A year is a very long time to look at an issue where technology is evolving rapidly, leaving legislators and regulators far behind.

"We have always emphasized the risks of using these measures on citizens and specifically the danger of governments abusing it," in 't Veld explains, "as we already have two EU governments that are hardly democratic anymore - the Hungarian and Polish governments. This is another reason why we are trying to achieve a clear picture of which governments use spyware and in what way."

"The tools are abused in Poland and Hungary"

in 't Veld has a surprising statistic. "The vast majority of citizens believe they are safer because of the use of these means," says the one who has already earned the nickname "the privacy pit bull" in her home country. “This is what the public is told and this is what they believe - that they are safer because the government is spying on them. This is bullshit. I will not call it George Orwell's 1984, but I'm sorry it's just nonsense. Yes, law enforcement agencies certainly need advanced means to fight crime, terrorism and other evil acts, but I have been in this field for 20 years and to this day we have no single piece of proof that mass surveillance and use of other such technologies have made the world safer. So you know what they say - ‘Well there is the evidence but we can not reveal it'. There is no way to deal with it.”

The world press has meanwhile revealed that governments not only have a reason to hide the use of technologies because they do not want to disclose their methods, but also that these technologies serve as a diplomatic tool. Israel uses NSO products, for example, in a give-and-take relationship, such as when establishing the Abraham Accords. When in 't Veld is asked about the possibility that a regime will sell or use a product that is so essential to countries, she maintains restraint but then immediately releases it. "Let's see what comes up in our investigation. But one thing needs to be very clear - such technologies should never be used by governments against their citizens for political reasons."

And as a means of policing?

"Even then there should be very clear rules. But what you see is that all these technologies are not monitored or really regulated. In the union, for example, facial recognition is forbidden, but police use this technology everywhere and then they also refuse to answer any question on the subject, so how do we know? How do we implement supervision? Every time these questions are asked you are immediately told - you are a leftist, an activist, a radical or an extremist to the point where I may be accused of aiding terrorists. We now see an example of the real danger and how these tools are being abused for example in Poland, Hungary and other countries outside the EU against political rivals.

"I'm not saying we should not use security technologies for safety, I'm not saying that at all. I'm not technophobic. I'm saying we should be well aware of the risks and also that we should not have any illusions about using these means. You know what they say. ‘Power corrupts, and absolute power corrupts absolutely’. When you give governments such tools, knowing the nature of intelligence and how difficult it is to exercise control over it, then the potential to abuse them will always be there."