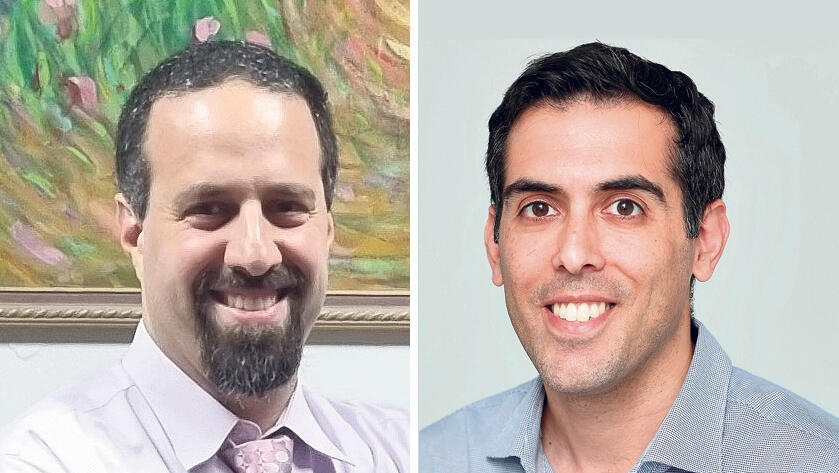 Nevertheless, the institutional investors utilized only about NIS 1.2 billion from the NIS 2 billion safety net provided by the Israel Innovation Authority, which promised to cover 40% of potential losses they would incur from investing in startups

Institutional investors in Israel have discovered high-tech, albeit belatedly. In the last two years, they have invested $1 billion directly in startup companies, compared to almost zero investments until 2020, according to a study conducted by the law firm Arnon Segev & Co., in collaboration with Israel's IVC Research Center.

Institutional investors invested $135 million in 2020, but that figure ballooned to $864 million in 2021. More was the most active investment house in the high-tech investment segment, participating in 25 rounds of funding. Menora Mivtachim invested the highest amount over 24 rounds, while The Phoenix came in third place with 20 investments in startups. Each of the leading entities has invested between $150 million and $200 million in the past two years, with More and Menora Mivtachim together being responsible for a third of the total institutional investment. 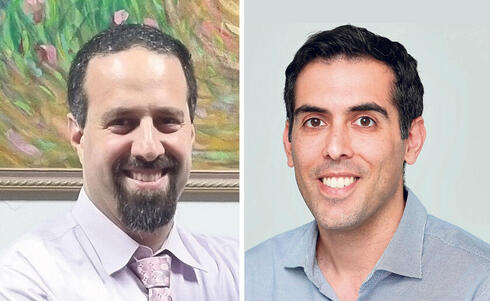 Although this is still a small fraction of a portfolio of about NIS 2 trillion managed by institutional investment bodies - for comparison, real estate investments reach tens of billions of shekels a year - this is a dramatic shift towards high-tech, a key component of the Israeli economy.

In the past, the entities' exposure to the technology sector was low and Israeli savers hardly benefited from the large exits by the likes of Mobileye or Mellanox, which were traded on Wall Street and most of their shareholders were American institutional entities. The few investments made by Israeli executives in high-tech were also indirect, through venture capital funds and private investment funds.

Data from 2020 and 2021 show that every fifth dollar of Israeli high-tech investment (excluding foreign funds) came from the local institutional bodies. The average check was $5-7 million, alongside participation in large fundraising rounds of unicorn companies such as Next, Verbit, Rapyd or Via. As institutions developed expertise and became more professional they dared to invest in younger companies with complex technology.

When it comes to investment areas, institutional entities see a greater preference for the foodtech area than the average venture capital fund, as well as making significant investment in fintech, an area that is naturally more familiar to them. But they are also surprisingly involved in the areas of deeptech, which are characterized by more complex technologies that are based on hardware and less on software. In contrast to venture capital funds, the weight of institutional investments in cyber is relatively low.

Institutional money as a silent partner

The flourishing of the Israeli high-tech industry in the last decade is one of the main factors for change among the institutions, but at the same time they received a boost in 2020 through a special government program: Benefit Track No. 43. Under the program, the authority offered a government-backed safety net of 2 billion shekels for institutional investors’ investments in high-tech firms. They are compensated up to 40% of their investments in high-tech firms made after seven years in the event of a negative yield. The program of the Ministry of Innovation, which began in 2020 for a period of 18 months, is coming to an end and data received by Calcalist shows that the institutional bodies included in it utilized about NIS 1.2 billion of it, that is, about a third of the total direct investments were made under the quota of the Innovation Authority.

Another catalyst and contributing factor to the institutional entry into financing startup companies was also assistance in financing analysts in the high-tech field provided by the U.S. Securities and Exchange Commission. In the past, institutional entities were reluctant to invest in high-tech, especially direct investment, due to a lack of familiarity with the characteristics of startup companies and difficulty in analyzing their potential.

"We see that investment managers are modest enough to know that they need to come to a deal with reinforcements, because they do not yet have the ability to analyze startups in-depth that usually do not have a clear cash flow and their level of uncertainty is high,” says Yoav Sherman, partner and head of high-tech at Arnon Segev & Co. "But what is important and the most significant change we see is that high-tech investments have become a permanent part of the allocation (investment diversification) and an integral part of investments in the non-tradeable segment. The institutional entry into direct investment in high-tech is welcome because it allows for a variety of sources of financing for high-tech companies on the one hand and on the other hand it will allow the saving public to be partners in exits."

Indeed, for startups who are not used to seeing Israeli insurance companies and investment houses on their list of investors, this is indeed a perceptual change, but also a positive event. Unlike venture capital funds and strategic investors who want to get a seat on the board and direct the company’s strategy, institutional money is often a “silent” partner. Beyond that, it is money that does not operate within the time-limits of five to seven years of private investment funds, but can remain in the company for a longer period of time.

The large breakthrough of the direct investment dam of institutional entities in startups was in early 2021. If in each of the first three quarters of 2020, institutional players participated in nine rounds of startup companies and in the last quarter in 12, then in the first quarter of 2021 transactions jumped to 43 and remained at a similar level throughout the year. In total, the institutional bodies participated in 180 rounds of funding of high-tech companies, of which 144 took place in 2021 and 36 in 2020.

"We are actually pleased that there was no full utilization of Section 43, because it means that investment managers were responsible and did not throw money at companies indiscriminately out of reliance on the state's defense," Oren Rosenberg, Head of Finance at the Innovation Authority, told Calcalist. "A number of investment managers have told me that they will not invest in something that is not good for savers, because protection is a nice thing that makes it easier to explain to the investment committee and the board, but the goal is to produce a positive return."

According to the plan, the money invested comes from the institutional bodies, but at the end of seven years, the return will be examined and if it is negative, the state will cover up to 40% of the loss. Alternatively, it will receive a sort of 10% success fee if the return is positive, i.e above 18.5%. Despite the success, according to Rosenberg, there is no plan to extend the program once the current framework comes to an end.

Why did the institutions not take advantage of the entire framework of the state and made some investments outside the path of the Innovation Authority? First of all, not every round allows this. The state wanted to encourage investment in relatively early stages (A, B, C) and if the total fundraising was more than NIS 120 million, it could not be included in Section 43. The program only applies to investments in companies registered in Israel and an application cannot be submitted under the program if the investment is made in a company with which the institutional body already had an early financing relationship such as the granting of a loan or a previous investment.

Beyond that, some institutional bodies preferred to keep the program money for investments that were perceived as more risky and the “safer” rounds were done outside the program.

Coincidentally or not, the timing of the massive entry of investment houses and insurance companies into the high-tech world coincided with the peak of what is today already allowed to be called a "bubble." Valuation levels in the last two years have often exceeded reasonable limits and some companies that received valuations of billions of dollars will have a hard time showing a positive return in the near future. Moreover, it is precisely in this segment of the unicorns that we will likely see lower-value deals called “down-rounds” that force investors to recognize a loss, which will hurt investors' returns.

Rosenberg believes that it is precisely in this context that the experienced investment managers among insurance companies and investment houses know how to conduct themselves in times of crisis. "We saw that in the fourth quarter of 2021 they made fewer transactions than in the third quarter, and in the first quarter of 2022 even less than in the fourth quarter. The pre-income test was more important to them and over 70% of the companies that received investment from the institutions are companies that already have significant income and dozens of employees. Even now the institutions know how to operate in a declining market and we had, for example, one body that brought a deal for approval a few months ago and now has brought an updated investment agreement where the conditions it received from the company are much better for the investor."

The most interesting question that remains open is whether, as Sherman from Arnon Segev & Co. believes, this is a real change of habits among the institutions that reflects the weight and central role of the technology sector in the Israeli economy. The timing of the increase in exposure to high-tech, which has fallen on an unprecedented historical record, will make it difficult to present high returns, at least for the next two years, and may return investment managers to the warm and familiar realm of real estate. If this is indeed a deeper perceptual change, then in the near future better opportunities will be created to invest when the pendulum once again moves to the investors’ side in terms of value, investment conditions and also internal financial discipline of companies in an era of slowdown.