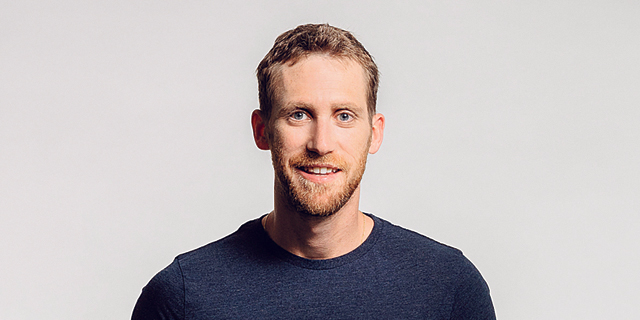 Assaf Rappaport: "Anyone who thinks that salaries in high-tech will fall is wrong"

The CEO of cybersecurity company Wiz, which is valued at an estimated $6 billion, manages to remain optimistic even in light of the crisis plaguing high-tech. "There will be no drop in demand for workers and there will be no pay cuts," he estimates. "Israeli high-tech will not disappear because the talent here is among the best in the world"

Assaf Rappaport, CEO of the cybersecurity company Wiz, sees the current downturn in the high-tech industry in a slightly different way and manages to remain optimistic even at a time when a crisis seems to be imminent. Rappaport, whose young cyber company was valued in its latest funding round at $6 billion, told Calcalist in an exclusive interview: "The high-tech industry must not be seen as one unit that is all going to collapse in the near future. Israeli high-tech will not disappear because the talent here is among the best in the world. The picture is not black and white. It has never been like that, and every company is a story in itself. In my view, the world has changed and is constantly changing regardless of the current crisis. The fundraising we did for Adallom (which was sold to Microsoft in 2015 for about $320 million) is completely different from the fundraising I did for Wiz. Moreover, the two fundraisings we did for Wiz, in 2020 and 2021, were completely different from each other. Therefore, the change that is happening today is significant, but it is only a change." 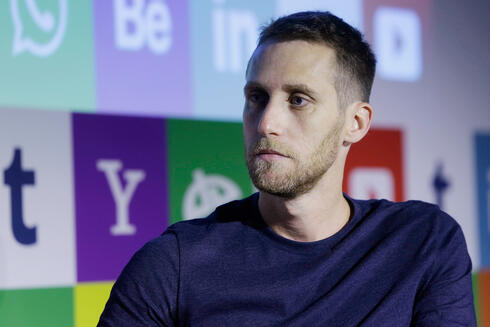 For Rappaport, the core of Israeli high-tech is still alive and active, so he does not understand how suddenly everyone fears that high-tech is going to disappear. "When I see the core of Israeli high-tech, of growth companies, I see the Israeli talent. This talent in Israeli companies is one of the best in the world, especially in the field of cyber. It will not change because of the drops on the Nasdaq. We are not suddenly less talented. All those graduates of the various IDF units and graduates of the universities are still here and are needed. Does anyone think that the need to secure companies' information in the cloud will be reduced? That the level of risk will decrease? Will companies suddenly stop the move to the cloud? The chances of that are nil, and the need for security will not go away. The foundations on which my company and other companies in other fields are based have not changed, which is very encouraging. Companies that can look long-term and remain stable do not let the outside noise confuse them."

Wiz was founded by Assaf Rappaport, who serves as CEO; Ami Luttwak, VP of Technology; Yinon Costica, VP of Products; and Roy Reznik, VP of Research & Development. The entire team has been working together for more than 15 years, including as managers of the Microsoft cloud security team that acquired Adallom, which they founded. Wiz's coffers now have about $600 million that the company raised during its short years of existence and despite the many rumors, Rappaport does not intend to raise funds in the near future and even advises any company that can, not to recruit funding for the time being.

"We are at a stage that could be a turnaround for the industry here," he says. "There was a stage where we quickly sold companies for an exit and moved to companies in the growth and unicorn stage, and now we have the opportunity to build really big, balanced and profitable companies. The current crisis can only speed it up."

"Growth at all cost no longer necessary"

According to Rappaport, there are companies that will have to raise money today "and that is not terrible.” However, he estimates that raising capital during this period can lead to a decrease in the value of the company and difficult conditions to raise funding, especially companies that previously have raised at a very high value. "We were able to raise money before the collapse of the Nasdaq, and I guess we would have had to change our plans if we hadn't raised funds," Rappaport says. "I believe we are entering a period where the main thing is the rate of cash burning. If in the past there was a perception of growth at any cost and it was taken to extremes, the look is now healthier, more balanced. Companies closed in 2020 and 2021 and that will happen this year as well. This is the current environment. Even in the good times of cyber, companies in the field are closing. It is important to remember that the talent here is amazing and it has not changed and there will be no decrease in demand for employees. If people think there will be pay cuts, they are wrong. I am more optimistic, and the demand for Israeli talent will be very high. Israeli companies raised a lot of money that did not evaporate on the stock market. The fact that the Nasdaq fell does not hurt us. I still have $600 million which was raised that was not affected and can be utilized to grow smart. The cash burn rate is the main thing right now. As a company, you do not want to be dependent on investors in the coming years, which half a year ago was not the case. We saw companies recruiting every three months but that has calmed down. I’m not sure it's not a good thing for companies."

Rappaport does not intend to stop the recruitment at his company. "I am short a lot of people," he says. "There will be companies that will lay people off this year and there are always companies that close. This is not a failure. One of the things that has grown Israeli high-tech is knowing how to accept failure and move forward. Successes and failures need to be magnified.

"In Wiz’s field, it is a huge and growing market. As it appears now, it will not change, and our growth continues according to plan. I am seriously lacking in my R&D and maybe in a crisis I will be able to recruit more workers. We continue to grow. It does not appear that anything will change in the cloud security market and that companies will stop moving to the cloud or compromise on security. These are two markets that are resistant to crisis in times of recession, and this is one of the specific benefits for us and similar cyber companies," says Rappaport.

In any time of crisis, windows are opened for the acquisition of companies that can not continue to raise money or that understand that it would be best for them to merge. Rappaport does not rule out purchases but emphasizes that he is not looking for a cheap purchase. "This is an opportunity to buy companies and we never thought of buying cheap. An entrepreneur's appetite to build a unicorn will probably change, and that will enable the acquisitions. If half a year ago we all felt that they would all be public companies or unicorns, apparently things change and this will allow for acquisitions, not necessarily because of a cheap price. I want to buy good quality, not cheap. I mainly hope that there will be an opportunity for acquisitions of Israeli companies by Israeli companies so that the knowledge will remain in Israel."

Referring to Wiz, Rappaport says: "I did not think we would have an amazing year like we had in 2021." He didn’t disclose the company's sales figures, but they are estimated to be in the region of $50 million annually. "2022 does not look worse," he emphasizes. "Companies have not stopped moving to the cloud and they still need security. The demand for cloud and security has not changed. People are buying and will continue habits they are used to. But it doesn't matter what I think, we should prepare for a crisis lasting years, but not get hysterical. It does not require drastic change in business. We need to ignore the noise and move forward. Where we can be more efficient - we will do it. We did not think we would build a company for two or three years. There will be a crisis, and I need to build a company that will withstand a crisis. It is good for us to deal with a crisis."

Cyber is likely to be crisis-proof and recent forecasts also indicate that companies intend to increase cyber procurement in any case. “There are verticals that look more interesting than in previous years,” Rappaport notes. "There are companies that can disappear from the picture like in 2021 when airlines struggled and it was difficult to work with or sell to them. Even now there will be companies that will have a problem. Oil and gas companies laid off people in the past but are now growing. In the world we live in, security is relevant for everyone and it makes us less vulnerable,” Rappaport concludes.

The Sequoia Venture Capital Fund recently issued gloomy forecasts for the next two years and called on companies in which it has invested to prepare accordingly. Rappaport, who also recruited funds from Sequoia, sees the VC’s recommendations differently. "There is a lot of advice from investors. These tips try to address many companies and many geographies and you have to choose the right advice for the company. When Sequoia writes a document, it has to address companies in China and Israeli companies that do cyber. This is a very broad spectrum and one message does not fit everyone. Each company needs to choose what really suits them. The main thing today is the rate of burning cash for the next two years. You have to do everything to get through these two years without raising money, otherwise you will do it at a value that does not suit you."

Another piece of advice for young entrepreneurs Rappaport believes is critical these days, is to work on the product and adapt it precisely to the needs of the market: "If until now we could go out and fix things while also running, then today it is no longer possible. On top of that, what is very important to me is the communication with investors. We are very confused today and so are the investors. We have to talk to them and update them and show them that you relate to what is happening in the world."