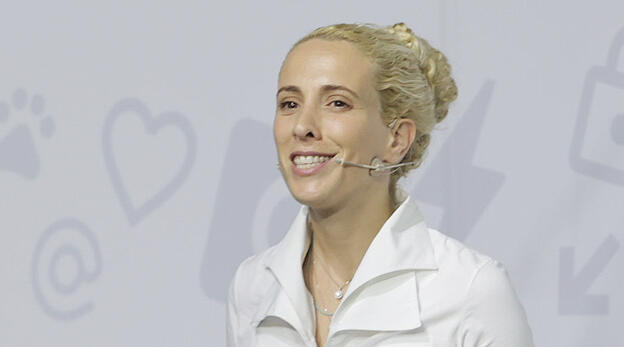 This is according to Liat Zakay, Director of Strategic Growth EMEA at Shopify, who was speaking at the Google and Calcalist E-commerce Conference. "This means that in the e-commerce world it will be possible to automatically produce an advertisement that will be personally targeted to the customer"

The next hot thing in e-commerce is creating content using artificial intelligence," says Liat Zakay, Director of Strategic Growth EMEA at Shopify, speaking at the Google and Calcalist E-commerce Conference on Wednesday.

Zakay sold her venture, Donde Search, to commerce giant Shopify last November. "Shopify is a Canadian company founded in 2006, which works with millions of stores in 175 countries, and with about $5 billion in revenue," Zakay said on stage. "We like to say that we are building the commerce operating system. It is a company of entrepreneurs, run by entrepreneurs, for entrepreneurs. I do not think there is another huge company of this magnitude that entrepreneurship is part of its DNA. 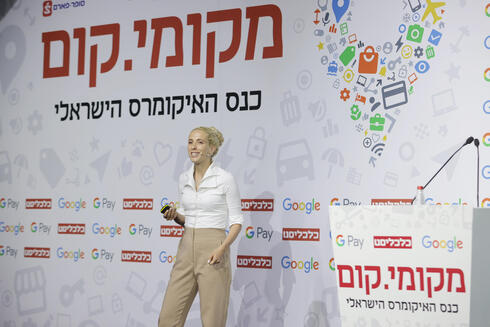 "Any company that provides service to e-commerce can be our partner, and enjoy Shopify’s access to hundreds of stores. This way we give a better experience to both the consumer and the stores. Our most notable advantage is how easy it is for anyone to interface with Shopify."

Shopify is the second largest commercial player in the U.S. "More than 10 percent of the e-commerce in the country passes through us," Zakay said. "We may be the only ones putting the stores first. We like to say that we are there for the store from the first line of code until the IPO. Our mission is to make commerce better for everyone."

Regarding her beginnings she recounted: "I founded Donde for a specific reason - because the more buyers there are, the more products there are, and it becomes harder to find what we are looking for. Words are limited in their ability to express something visual - just as I think of a particular dress and want to look for it, Donda has developed the ability to identify the search properties and match them to the search so that the user can intuitively find what they are looking for. I can click on what interests me - it does not depend on language but it is all based on images, which are based on AI.

"We worked with major e-commerce players in Europe, and increased their sales. A lot of companies realized that being able to tailor the product to the customer is based on what I know about the product. It's critical. When we approached Shopify it was clear to us that they needed a better experience of recommendation-based searches. Shopify enabled me to better realize my vision for millions of stores and billions of products."

The success of this process is based, according to Zakay, on computer vision: "The ability to teach the computer to understand what we see. This ability becomes fundamental to e-commerce, from technologies that know how to identify the object in the image, to understanding what fits what and dressing the customer virtually."

According to her, adopting new technologies takes time. "When new technologies come out into the world, there is a lot of hype around them. We should have been driving autonomous cars and purchasing at stores without cashiers a long time ago already. But that does not happen in practice. The market takes time to adopt the new technologies."

The next thing, according to Zakay, is the ability to produce content using AI: "To create an image from a sentence without human contact. This means that in the e-commerce world it will be possible to automatically create an advertisement that will be personally targeted to the customer. Some will ask, 'so we will not need any more photographers or copywriters?', to which I reply that of course we will, simply in a slightly different way. This will allow us to produce new roles and new skills. The work will change and we will have to change with it."