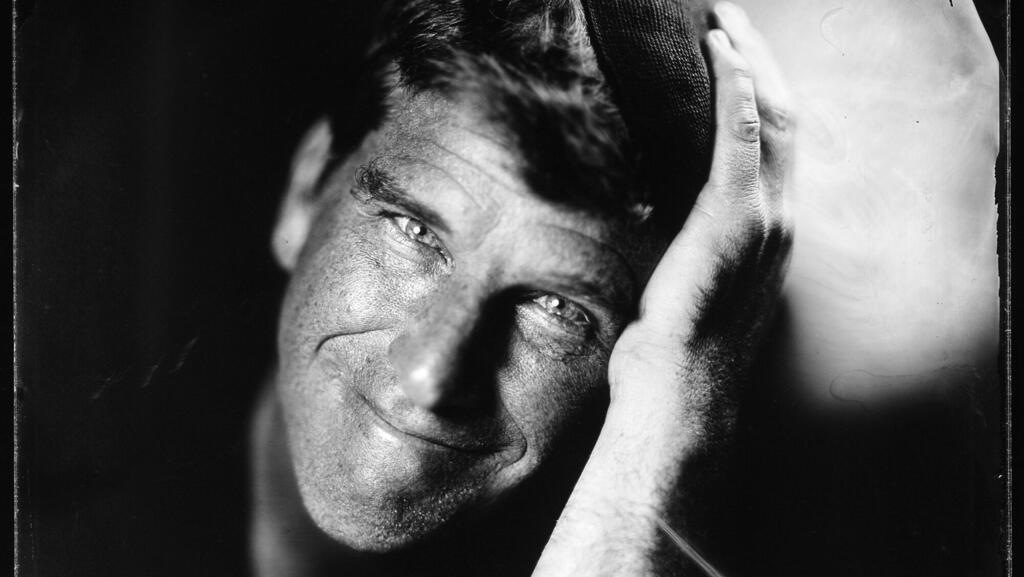 “I’m not sure I should have even been born. At the age of 17, my parents told me that my mother had an accident at the start of her pregnancy. She broke her pelvis, had an X-ray taken which is dangerous for the fetus, and a dilemma arose whether to continue the pregnancy. They decided to continue, out of faith and optimism, but they could also have had an abortion. You can't judge them one way or the other. It's not even risk management, because in risk management you know what the scope of the risk is, what the possible results are, and then you hedge the risk. They simply acted with great uncertainty. This is also my profession, to act out of uncertainty, because the scope of the result is unknown and cannot be predicted. That is life."

Following the dilemma, what kind of parents were they?

"My mother wanted average children, she prayed for that. There are seven of us, and we all think that my mother was a genius at parenting - she believed that you should not create expectations that a child cannot meet. Today she has an amazing relationship with her grandchildren."

You yourself are already a grandfather, at only 51.

"Throughout history I would have been considered an old grandfather, nowadays I am told that I am a young grandfather. This is a disease of modernity - in recent years people have been postponing procreation, and this is a dramatic mistake in my eyes, and a contagious social epidemic. New parents need their parents at an age where they can help and you can learn from them, and children need grandparents who they can grow with. I always tell people: have children early. The ability to juggle children and work when they are young is also greater, and you have more strength to take care of the children."

Getting married early is also risky. It often ends in divorce.

"We also had difficulties, among other things we went through four miscarriages together. People don't tend to talk about it, but we decided to talk about it openly. It happens, it's part of life and today we have eight children, God willing. We are together. Relationships require work. We schedule date night once a week, but manage to keep it about once every three weeks. Even without that, every day we share what we are going through with each other and we consult a lot about the children's matters. Also, when we make mistakes we ask for forgiveness, both from the children and from each other. Sometimes during Yom Kippur, I also ask my wife for forgiveness in tears. My wife is an inspiration, I have never met a person in my life who works on her morals as she does."

What are you working on?

"Not having patience, not even for myself. In the ninth grade I had a Rabbi with whom I didn't get along, but as my wife says - you can learn something from everyone. He said: 'There is nothing worse than killing time, because from the moment you do, time dies forever'. I'm very careful with my time. I don't have a TV, for example, because in my eyes it's a waste of time. I think that meeting certain people is a waste of time, or even going to a birthday party. It's extreme, it offends people. My wife points it out to me, and that's a good thing. It's something I am working on."

Is it easier to lose money than to lose time? High-tech investors like you have recently lost quite a bit.

"You need to know how to lose money with as much dignity as you earned it. If you don't know how to do that, if you are depressed when you lose - you should get out of the game. As an investor, I know that I am going to lose five out of ten investments, but if I am good - through just one investment I will make a profit of 25 times of what I invested."

"When an entrepreneur has to close a company in which he invested his soul - that's where the pain is."

How is your relationship with people whose companies you invest in?

"These are long-term relationships. Some have become my friends, for example Daniel Schreiber from Lemonade: I invested in his first company that failed, and was the first investor in Lemonade. Entrepreneurs also come for advice, I appreciate people who don't think they know everything."

To what extent are fund managers blinded by charismatic entrepreneurs, Adam Neumann and the like? You invested in him too.

"We made a profit at WeWork, we even made a great profit, we sold quite a few shares in time. People forget that Adam Neumann changed the world of commercial real estate and created a business that brings in $3 billion a year, so there is a product here that is in demand. I also know investors who told him 'no'. However, it's true that a combination of power and charisma can rewire the brain, and that's something to be careful of. I hope I know how to be careful, and if not - I'm sure my wife will warn me."

There is a growing criticism of high-tech, it is claimed that it creates gaps, on the other hand, people in high-tech claim that they experience hatred of the rich.

"The cause of the social disparities in Israel is not high-tech, but the failure in education - the state is failing to catch up with the needs of the market. It does not educate for the skills the market needs. I have established several ventures in the field of education aimed at enabling access to high-tech, and others are doing the same. So the politicians can’t pretend to blame the high-tech industry. The code word is decentralization: the centralization of the Ministry of Education needs to be dismantled, divided and outsourced. Schools need to compete for the hearts of students and parents. Only that way will it be possible to progress to relevant employment standards, where students study relevant issues for the 21st century."

Speaking of the 21st century, two weeks ago you attended a conference of the Zionist Organization in Basel, which marked the 125th anniversary of the First Zionist Congress. What else unites Zionists from all over the world and brings them to gather like this in Basel? In the 21st century it seems that only anti-semitism can do this.

"I don't buy the statement that if it weren't for anti-semitism we wouldn't be united, it's defeatist. Anti-semitism can't be the glue, because then as soon as it evaporates we all evaporate. Zionism is needed to make Israel an attractive place economically and morally, so that people want to come and establish their lives here. We are not the U.S., where capitalism has turned into consumerism. I don't like to see advertisements in Israel that encourage loans for purchasing things - that's what made America shallow. After 9/11, President George Bush said: 'Go shopping', today there is an economic crisis and President Joe Biden says: 'Buy cars'. There are other ways to grow an economy, because consumption focuses only on the here and now, not on the distant future, not regarding the question of where we are headed. We, as Jews, must also think about the long term and not just about a momentary good feeling."