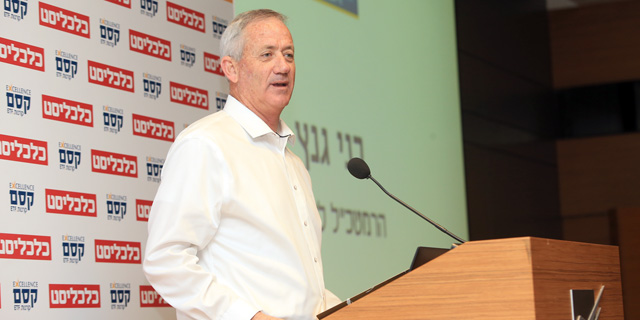 China is seeking out investments in Israel, Benny Gantz says at the conference hosted by Calcalist on Tuesday

Benny Gantz, a former chief of staff of the Israeli military and the current chairman of Fifth Dimension Holdings Ltd., a big data AI analytics company, said that Israel can bolster its security by fostering foreign direct investment and international cooperation.

“Security may cost us money but it also creates opportunities,” he said while delivering the keynote speech at Calcalist’s conference in Tel Aviv on Tuesday. 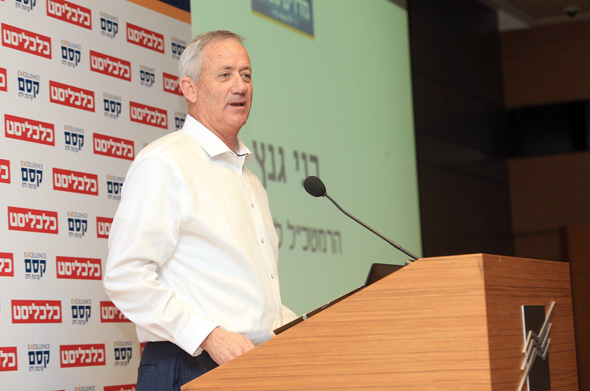 He pointed to technological prowess that Israel has developed and is now marketing to the world. “I would focus on leveraging our enormous advantage in the science and technology,” he said. ”China is interested in Israel and sees Israel as a significant destination for investment. It’s uncertain whether China will get involved in the security situation but they do have other interests.” When Mr. Gantz’s retired from the Israeli military in 2015, he joined the country’s dynamic tech scene, a trendy move that many of Israel’s high profile generals and intelligence chiefs have been making in recent years. They command particular attention in a country that is accustomed to electing decorated warriors as political leaders. Mr. Gantz said that having more companies established a footprint in Israel will boost the country’s standing. “Imagine that instead of 200-300 research and development centers, there were 1,000,” he said. “It’s not that the missiles will stop coming, but Israel stands to get a lot of support if it is the center for the development of many things. Many are relocating abroad and there needs to be an effort to keep the research and development here without ignoring the global market.” Mr. Gantz harped on the state of Israel’s national security in a region in turmoil. “We cannot ignore Iranian axis,” he said. “From a geopolitical and strategic standpoint, it’s something we must deal with through alliances and partnerships with countries in the region and around the world.” “The enemies we are facing are more sophisticated than what we have known in the past,” calling on Israel to enhance intelligence cooperation. Mr. Gantz also talked about domestic issues, emphasizing the importance of education. “Our society is very healthy but to make it stronger we have to double down on our investment in education...which is the most important variable that impacts Israel’s capacity in every domain.”

He also called on the country to foster a culture that is based on core commonalities of Israeli society’s various communities. “I am active in a movement that brings orthodox and secular Israelis together and when we talk to one another it’s suddenly less scary and there’s room for everyone.”