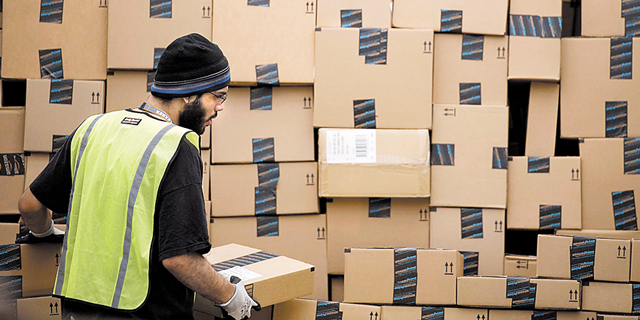 Amazon to Launch in Israel in September

The company is waiting until it has signed up at least 100 Israeli retail shops, according to local retailers

Amazon has set its Israeli launch for September. Israeli retailers who have opened an Amazon store in anticipation for the launch told Calcalist that they have received notice of the planned launch earlier this week. Amazon is set to release a large campaign in August to increase awareness among Israelis, with an emphasis on the new local sellers, according to several people familiar with the matter who spoke to Calcalist on condition of anonymity. At least for the time being, Amazon will not open a dedicated website in Hebrew. The company's general preference is to avoid setting up local language websites, as they tend to double the operating costs for sellers. Even after the September launch, Israeli consumers will continue placing their orders on Amazon's main website, and the shipping time for overseas sellers will not change. The system will begin identifying customers with an Israeli IP and boost local retailers on the searches accordingly.

Local retailers told Calcalist that Amazon is waiting until it has signed at least 100 Israeli shops prior to the launch.

Local delivery companies are getting ready for the launch as well, according to the people familiar with the matter. Delivery company Orian Ltd. has set up a local logistics center per Amazon's demands and partnered with taxi-hailing company Gett to cater to local sellers. UPS has partnered with eCommunity, which helps sellers set up shops on e-commerce websites like Amazon and eBay, to set up warehouses in Israel's center.

Logistics are the Achilles heel of e-commerce, said Nir Zigdon, co-founder of eCommunity, in an interview with Calcalist. Most existing warehouses in Israel are not suitable for Amazon, which requires synchronization between the company and the warehouse, seller, and customer. "Once an Israeli customer buys a product, the software will send an order to the warehouse, and the product will be sent to the national sorting center, and from there to the buyer's residence within 24-48 hours," Zigdon said.