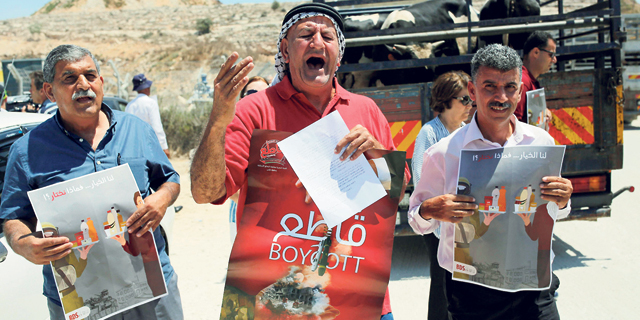 The recent violence between Israel and the Palestinians highlights the heightening tensions between the parties since February, when Israel began deducting a cut from the taxes it transfers to the Palestinian Authority (PA). A new law that came into force at the time allows Israel to deduct sums transferred by the PA to support the families of Palestinians who have died during an attack on Israeli forces or civilians, or who are imprisoned in Israel for alleged terrorist activity. 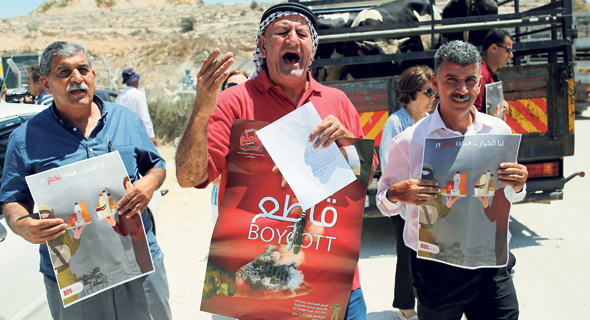 Palestinians demonstrating for the boycott of Israeli goods. Photo: AFP

The tax money in question is value-added tax (VAT) and customs fees for imports into and exports out of the PA and Gaza, collected by Israel and transferred to the PA according to the Paris Protocol on Economic Relations. Signed in 1994, the protocol outlines the agreed-upon economic relations between the two entities, establishing a customs union, naming the Israeli shekel as the legal tender in the PA, and affirming Israel’s willingness to issue permits for Palestinian workers looking to enter its territory. Effectively, in accordance with the Paris Protocol, Israel controls over 50% of the Palestinian economy, a fact which many Palestinians feel means holding the PA’s economy hostage and at the grace of Israeli economic decisions, such as the above-mentioned deduction. In the six months that passed since the law took effect, Israel has tried on several occasions to deposit the tax money post-deduction into Palestinian banks but was refused by the PA, who has gone on to cut state worker salaries to account for the loss in its revenue. Even though the PA has to date been careful not to overstep, some officials are looking to use the deducted funds crisis to eliminate the financial agreements with Israel and work towards economic disengagement. This living-on-the-edge-approach may be based on an assumption that Israel would prefer to avoid the security threats that might arise as a result of the financial collapse of the PA, and will, therefore, prefer to compromise. It is still early to determine whether such a scenario is feasible, but it is becoming clear that those in the Palestinian political leadership who are promoting the cancelation of the Paris Protocol—such as diplomat Saeb Erekat, who was the chief negotiator for the Palestinians when the protocols were signed—are enjoying wide-spread support in light of the ongoing crisis. Israeli officials were previously quoted stating that a one-sided withdrawal from the protocol, signed as an addendum to the Oslo Accords, would be a major blow to the Palestinian economy while having a very minor effect on the much sturdier Israeli economy. According to data from the Bank of Israel, the Palestinian gross domestic product (GDP) amounts to just 4% of Israel’s GDP and 83% of exports from the PA are sent to Israel, amounting to NIS 3 billion (approximately $862 million) a year. Of all imports coming into the PA, 60% are from Israel, amounting to an annual average of NIS 16 billion (approximately $4.6 billion) and making the PA the second largest consumer of Israeli goods, after the U.S. Some Palestinian officials, including Hussein Al-Sheikh, the head of the PA’s General Authority of Civil Affairs, are speaking against withdrawal from the treaty. They fear that the instability would cause the PA to collapse, clearing the way for new players in the West Bank, including militant fundamentalist organization Hamas, which has been the de facto governing authority in the Gaza Strip since 2007. The scenario of security chaos in the West Bank as a result of the PA stepping away from the protocol seems to be a much greater concern for Israel than the slight economic bump in the road it may experience.

Palestinian threats to back down from the agreement are commonly regarded as attempts to pressure Israel into making economic concessions, especially considering that the original agreements, signed for a 25-year period, will expire later this year. In February, Israeli media outlets reported that Israel was willing to reexamine the terms of the agreement in accordance with Palestinian demands, but official changes have yet to be announced or implemented. It is not unlikely that Palestinian President Mahmoud Abbas, after failing to reach a political arrangement, may decide to live up to his threats and cancel the agreement as his swan song. 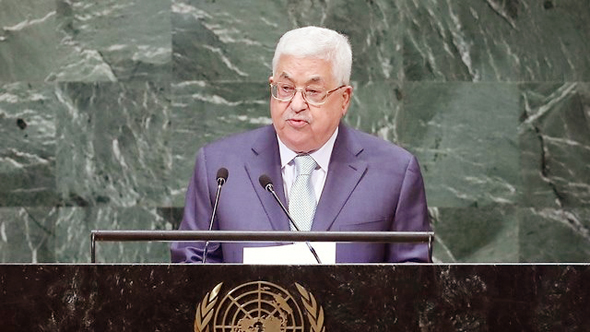 Calls to cancel the economic agreements with Israel are nothing new but have become more prominent since U.S. President Donald Trump announced he was moving the U.S. embassy to Jerusalem in December 2017, a controversial move completed in May 2018. In the past few months, these calls were complemented by voices calling to cease all security collaborations with Israel. In the past, voices calling for economic disengagement from Israel and criticizing advantages given to Israel in the agreement—for example, forcing the PA to only use Israeli ports and giving Israel full control of what passes the border—were rare and considered impractical. Now—as hopes of achieving a political solution to the Israeli-Palestinian conflict have wained and payment transfers from Israel were halted—they appear to be the bon ton, with the heads of the Palestinian administration publically supporting it. One of the goals set by Palestinian Prime Minister Mohammad Shtayyeh before he took office in April this year was economic disengagement from Israel. With a PhD in economic development, Shtayyeh is likely well aware of the potentially catastrophic consequences the Palestinian economy will face following a one-sided withdrawal from the agreement but is using it as a threat and a potential response to Israel’s deduction of tax money.

As a sign that its intentions are true, in the past few weeks, the PA has been taking practical steps to facilitate a future disengagement. PA officials have visited Jordan to negotiate making Aqaba the main port for importing goods to the PA, replacing Israeli ports in Haifa and Ashdod. At the same time, another delegation went to Iraq to discuss importing gas and other energy products, to eliminate its dependence on Israel. The PA did not specify how it intends to take these steps forward without Israel’s approval.

The PA also announced it intends to stop sending Palestinian patients for treatment in Israeli hospitals, directing them instead to Egypt and Jordan. A vast media campaign to encourage local production to replace Israeli imports is also on the way. Palestinian officials have repeatedly stated that the disengagement plan is not simply a caprice of Abbas but a part of a perception that political independence for the Palestinians will not come without financial independence. This standpoint contradicts Trump’s vision that favors “economic peace,” as the Palestinians believe the U.S. administration’s “deal of the century” is meant only to advance the economic interests of Israel and neighboring countries at the expense of the Palestinians.

Ahead of the Muslim holiday of Eid al-Adha this week, Shtayyeh called on Palestinians to boycott Israeli products. It is likely that similar to previous attempts at boycott, this move will fail, partly due to Palestinian consumers being too accustomed to Israeli brands. It is worth mentioning that this move seems to match the general popular opinion among Palestinians, driven by the deteriorating economic state as a result of the missing tax funds.

Despite the popular discourse, Palestinian economists and business people are still skeptical regarding the probability of economic disengagement. Many claim that in the 25 years since the signing of the Paris Protocol the Palestinian leadership has not made a single significant step to promote the independent growth of the local market. Instead of investing in the local industry, for example, it focused on exporting cheap labor force to Israel. That is why economists estimate there is currently no available alternative capable of financially supporting the tens of thousands of Palestinians earning their keep by working in Israel. In addition, other than making empty statements, the Palestine Monetary Authority has done nothing to create an alternative to the Israeli shekel in the form of a national currency that could serve as a symbol of the economic disengagement. Doron Peskin is an analyst of Middle Eastern economies and the head of Concord MENA, a company specializing in public sentiment analysis of Arab countries.