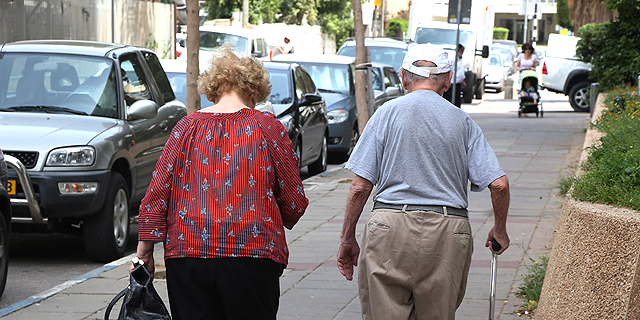 The Morning After the Election: the Time to Act Is Now

On Tuesday, Israel’s citizens went to the polls to elect a new government. While the final formation of the next government is still up in the air, the challenges it will face will be the same as the previous government did, with the only difference being that Israel is starting to run out of time

On Tuesday, Israel’s citizens went to the polls to elect a new government. While the final formation of the next government is still up in the air, the challenges it will face will be the same as the previous government did, with the only difference being that Israel is starting to run out of time. The Israeli Ministry of Finance is now estimating that the government deficit at the end of 2019 will surpass its original target by at least NIS 10 billion (approximately $2.82 billion), and things are only going to become worse over the next few years. If the existing government patched budget issues by making one-off moves like using surpluses from the national lottery or the Jewish National Fund, or, once in a while, implementing wide budget cuts to finance a contested move, the next government will have to slash its own expenses deeply and raise taxes to avoid making too-wide budget cuts. Alternatively, it could cancel tax exemptions on personal imports, fruits and vegetables, and pension funds, and levy new taxes, for example on soft drinks and disposable tableware.

If the new government decides to ignore the problem or delay tackling it as Finance Minister Moshe Kahlon did, government debt will continue to boom and with it the interest rates the government is paying, which are taken out of the government budget. Any delay will just mean future cuts will need to be even more painful. The dwindling coffers of Bituah Leumi, Israel's national social security agency, which pays out the country’s elderly allowance as well as various welfare grants. The exiting government, like its predecessors, has avoided facing the reality of the rising lifespan of Israel’s citizens and declined to up the retirement age, especially for women. Earlier this week, the Bank of Israel repeated its previous statement that Bituah Leumi’s treasury is expected to be completely empty by 2056, but with a small difference: the bank stated that if the government takes on the matter as of the upcoming budget, elderly pensions will only need to be cut by 10% as the difference could be spread longer over more people. If the matter is postponed until it cannot be delayed anymore, the cut would be as high as 40%. Speaking of the increasing lifespan: Israel’s population is getting older. The Bank of Israel and the finance ministry have both warned of the fact that the country is unprepared to face the ramifications of this fact. The Israeli parliament debated the matter two years ago following a comparative study that was presented. But since then, while the population kept getting older, the government and the parliament have been concerned mostly with their own survival. The government must remove the barriers that prevent Israel’s elderly population from being involved in the Israeli society, economy, and culture, better the medical and mental support provided to them by the state, and work towards a better understanding of the needs of Israel’s elderly population, which is today supported mostly by family members. In August, the Bank of Israel published recommendations for increasing the productivity of the Israeli economy. The bank stressed that while its recommendation will cost the country quite a bit, the long-term benefits will outweigh the costs—but they cannot be put off.

The existing government has made some strides to improve Israel’s shameful regulation red tape situation, but what little it did has so far failed to improve the lives of regular folk or of small businesses. The government has floated the idea of a “one stop shop” for establishing a business, or of reforming the current public system to better fit the new reality where people are both employees and freelancers, but actually doing so would have required government bodies to give up some of their current power. To really boost Israel’s economy, the government needs to catch up to the 21st century and rise to its new challenges. It needs to save time for its citizens, and be more dynamic and streamlined itself. And it needs to stop dawdling and get to work.