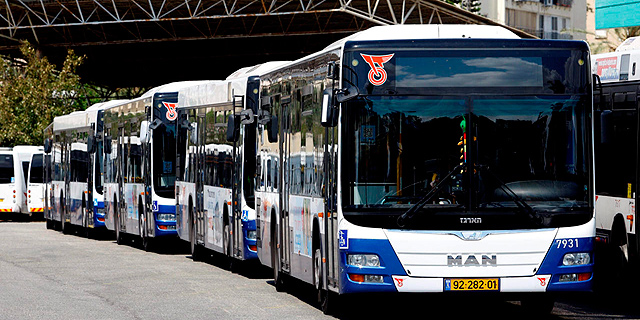 A short history of why and how one of the most vibrant metropolises in the Middle East, still shuts down for 25 hours every week

Tel Aviv is a nonstop bustling metropolis, a popular tourist destination, and the undisputed business, entertainment, and tech center of Israel, except for 25 hours every week. Like almost all other Israeli cities with a Jewish majority, Tel Aviv takes a break on Shabbat, between sundown on Friday and sundown on Saturday, shutting down most of its business activity, as well as its public transportation system. And so every weekend, youthful, predominantly secular Tel Aviv is subjected to Jewish religious laws that dictate all labor must be avoided during Shabbat. This includes any form of paid work, all monetary transactions, and operating any type of machine or electronic device, including motorized vehicles. 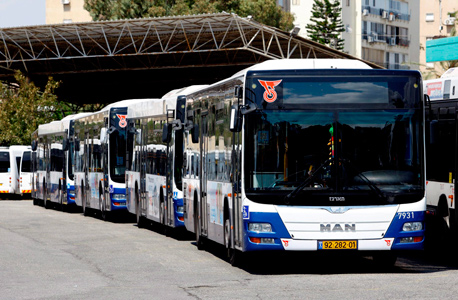 Israel’s relationship with religion is notoriously complex. Its historical definition as a “national home for the Jewish people” means its nationality is defined by the religious identity of its citizens, making it difficult to truly separate church and state. What’s more, Israel also employs a proportional representation electoral system, which means various population groups are represented in the country’s parliament by different small political parties. In effect, the two parties representing the country's ultra-Orthodox (Haredi) Jewish communities, that consist of 11% of its general population, currently take up 17 out of 120 seats in the Israeli parliament, also known as the Knesset. Though relatively small, the two Haredi fractions—Shas and United Torah Judaism—often hold the key to forming a majority government. This grants them veto rights on controversial subjects including maintaining a monopoly by orthodox Jewish authorities on marriage, divorce, and burial and maintaining what is known as the “status quo.” First outlined in 1947 in a letter sent to Haredi organization Agudat Yisrael by David Ben Gurion, who one year later became Israel’s first prime minister, the status quo now serves as a binding guideline for Israeli legislators and courts. It dictates maintaining the common practice of the time, when it comes to the fundamentals of Jewish Orthodoxy, especially Shabbat observance. Effectively, that 72-year old letter is the reason public transportation, public services, and most stores and businesses shut down in Israel for one day each week, as well as on the eight additional annual Jewish sacred days, while non-Kosher restaurants and cafes, cinemas, and museums remain open. While the status quo dictates buses and train service is out of commission on Saturdays throughout the country, some alternative public transportation services such as cabs and sheruts—a type of shared taxi traveling on a predetermined route—are allowed to operate on Shabbat. The reason is as arbitrary as the rest of the country’s Shabbat habits: these means of transportation were available on Shabbat at the time the status quo was established and therefore made the cut. Newer services, however, are banned from operating on Shabbat. These include Bubble—Tel Aviv’s on-demand ride-sharing service launched in April by New York-headquartered ridesharing company Via Transportation Inc. and Israeli public transportation company Dan Bus Company. Since Shabbat laws do not apply to initiatives paid for and operated by private entities, Israel has seen several private cooperatives pop-up in the past few years offering transport services on Shabbat and hoping to change the status quo, one ride at a time. The cooperatives operate on a not-for-profit-basis, charging a monthly member’s fee, and a small fee for each fare. The first such cooperative, Shabus, was established in 2015 and runs several routes in Jerusalem and West Bank Jewish settlement Ma'ale Adumim, some getting as far as Tel Aviv. N.T Noa Tanoa Energies Ltd. was founded later that year and operates in the Tel Aviv metropolitan area. On its website, Noa Tanoa states its only goal is to shut down once the state begins operating its own public transportation services on Shabbat. In Israel, the sole authority for approving any aspect of official public transportation, including operation on Shabbat, is currently in the hands of Transportation Minister Bezalel Smotrich and the Ministry of Transport and Road Safety, which he heads. A religious orthodox Jew and a member of parliament for religious right-wing fraction The Jewish Home-Tkuma, Smotrich is strongly opposed to any form of what he considers public Shabbat desecration, including public transportation. As early as 1996, various professional committees and reports, including one published by the European Union, have repeatedly recommended the establishment of metropolitan public transportation authorities in Israel, most specifically in the Tel Aviv metropolitan area. These entities would operate independently and would have the authority to plan and operate public transportation as they see fit without requiring the ministry’s approval. This could potentially give such an entity the authority to determine whether or not to operate public transportation services on Shabbat. However, even though a plan that would see the formation of such metropolitan authorities was approved by the government in 2011, it has yet to materialize. Israeli law, however, offers a loophole that could come in handy for cities looking to make public transportation available on weekends. In the eyes of the law, public transportation is defined as a means of transport where passengers directly pay for their ride. Free services, therefore, are excluded. Last week, Tel Aviv approved a NIS 1.5 million (approximately $425,000) budget for the remainder of 2019 to operate seven bus routes during Shabbat and religious holidays, covering the entire city. Tel Aviv also announced three neighboring towns—Givatayim, Ramat Hasharon, and Kiryat Ono—have joined the initiative and will be connected to Tel Aviv via the new Shabbat bus service. Running completely free of charge for passengers, the city estimates the annual cost of operating the routes will amount to NIS 12.5 million (approximately $3.5 million), NIS 9 million (approximately $2.55 million) of which will be covered by Tel Aviv.

Tel Aviv is also in negotiations with additional towns to expand the routes, including Ramat Gan, which, during the summer, conducted a pilot for free public busses connecting it with Tel Aviv’s beaches and entertainment centers on Shabbat. Speaking at the Knesset’s Monetary Committee on Monday, Transport Minister Smotrich said he was powerless to stop Tel Aviv’s initiative since free transport services do not legally fall under his jurisdiction. Smotrich further said the loophole goes against the lawmakers’ intention and called fellow legislators to pressure the cities to back away from their plan. Haredi lawmaker Moshe Gafni said at the committee that the initiative means “Israel is losing its unique Jewish character.”