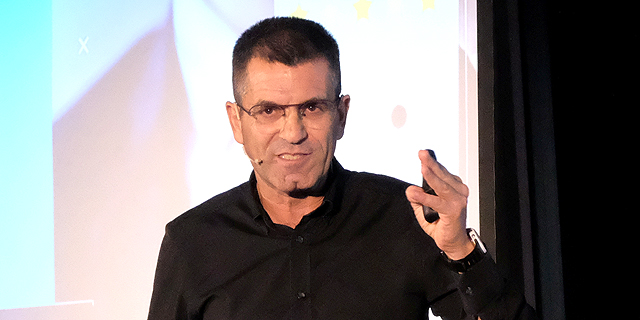 Google and Amazon Are Banks That Refuse to Identify as Such, Says Bank Leumi Exec

Large corporations such as Google and Amazon are essentially banks, even though they refuse to identify as such, Eyal Barzilai, head of big data at Israel's Leumi Bank said Monday at Calcalist’s When Technology Meets Emotion conference in Tel Aviv. These companies avoid being defined as banks simply because they do not want to be restrained by regulations imposed on banks, he said. “They are still banks for all intents and purposes,” he said. In 2018, IBM unveiled a project six years in the making—an artificial intelligence system called Project Debater that draws on extensive data banks to construct logical, convincing arguments.

"One of the disadvantages of the system is that it cannot understand sarcasm. If one of the texts it encounters is a word in quotation marks for the sake of your laughter, it will not be able to understand it,” Noam Slonim, the principal investigator of Project Debater at IBM said at the conference. CEO and founder of Intuition Robotics Ltd. Dor Skuler also spoke at the conference. Founded in 2016 and based in the greater Tel Aviv area, Intuition Robotics develops an elderly companion robot it calls ElliQ. Intuition Robotics’ robot is outfitted with microphones and cameras and employs machine learning and natural communication technologies, allowing it to “recognize” users and learn their daily habits and routines. “We know that most human interaction is not based on speaking but rather on body language, so it was important to us that the robot we developed would also have specific body language capabilities to create flowing and familiar communication between users and bridge cultural, age and technology gaps,” Skuler said. Yarden Levinsky, psychiatrist and a consultant of Israeli health maintenance organization Clalit’s community division, said that some developers say the role of their app is to improve our lives in some way, but that is a lie—the role of the app is to make money. “Apps are ultimately businesses. Their job is to generate revenue for the company that develops them. Good apps make us do what they want us to do,” he said. Another speaker at the conference was Balthazar Roy Tirosh, a neuroscience lecturer, and artificial intelligence researcher. The ability of the human brain to understand the feelings of others is the basis for our ability to communicate with one another, he said.

Liraz Margalit, a psychologist and lecturer at Israeli college the Interdisciplinary Center (IDC) Herzliya, said that, according to new studies, access to mobile phones changes the shape and activity of the human brain. The studies she referred to found a difference between the brains of people in developing countries that do not have access to personal cell phones and people in developed countries who own their own devices. Additionally, she said, research has shown that in the last decade our attention span has been reduced from 14 seconds to eight, causing us to become very impatient.

Maya Offir Magnat, a performance artist dealing with digital performance, mediated intimacy, and interactive art and games, she said the human relationship with technology and its dependency on it will only deepen over time, so we must learn to use it to promote empathy and intimacy between people. “In the future, these connections may occur through a device that connects to a phone and allows people to kiss from afar, or an app that connects people based on a common hatred of things,” she said.