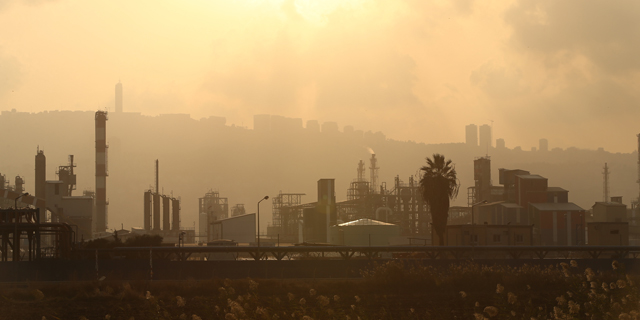 While the waste generated by Israel's manufacturing and electricity industries is on the rise, per capita Israel is still under the European Union average, according to a new report

This is the fourth time the bureau has published such a report, intended to monitor waste production, water consumption, and the emissions of air pollutants and greenhouse gases by Israel's industry. The previous report was published in 2014. The survey for 2017 was held among 1,200 companies that employ at least 10 people.

Industrial waste generation per-capita in Israel was 292 kilograms in 2017, a 9% increase over three years. However, the average waste generation per-capita in the European Union in 2016 was 636 kg, according to CBS. It should be noted that the comparison did not take into account industrial differences between countries. Israel generated approximately 62 tonnes of waste for each million euros-worth of gross domestic product (GDP) in 2017, a 24% decrease compared to 2014, but still lower than most European countries and the EU average of 113 tonnes.

Overall, in 2017 the local manufacturing and electricity industries generated approximately 20,000 tonnes of greenhouse gases, or 31% of all greenhouse gas emissions that resulted from fuel burning. No comparative data for 2014 was specified, except for sulfur dioxide, which showed a slight decrease. Around 5% of surveyed companies performed some sort of control and monitoring activity of their energy consumption. The industry as a whole consumed 105 million cubic meters of water in 2017, with 72 million cubic meters being water treated for agricultural purposes and 32 million cubic meters being marginal water.

The industry recycled 2.9 million tonnes, or 75% of all waste, the same as in 2014. Over 60% of waste was recycled by other industrial sectors such as textile manufacturing, food, beverages, and tobacco products production, and electricity, gas, steam, and air conditioning supply. The highest recycling rate, 88%, was for dry waste, while mixed and hazardous waste saw rates of 62% and 16%, respectively.