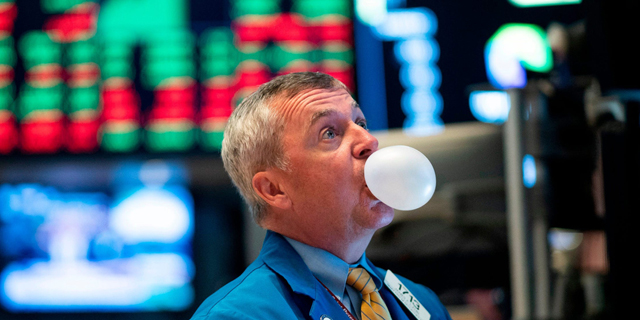 The capital markets are sobering up from the great SPAC binge

The SPAC index has fallen 11% since the start of the year; many SPAC shares have crashed and short positions on them have multiplied; Is Israel’s SPAC gold rush coming to an end?

The overdose of SPACs that hit the market in recent months is beginning to exact a cost on investors. After the shelf companies raised a combined $100 billion in the first quarter of 2021, more than in the whole of 2020, their shares are beginning to stumble. Since the beginning of April, only 10 SPACs were issued, compared to more than 100 during the month of March, and INDEXX’s SPAC index fell by 11% since the start of the year. When it comes to Israeli companies heading to SPAC mergers, of which there is a considerable number, many of the shelf companies they are meant to merge with are trading near the bottom threshold of $10 a share, suggesting that investors consider their valuation to be bloated. The only one with its head above the water is FinTech Acquisition Corp. V, which is set to absorb the stock and digital asset trading platform eToro at a valuation of $10 billion. 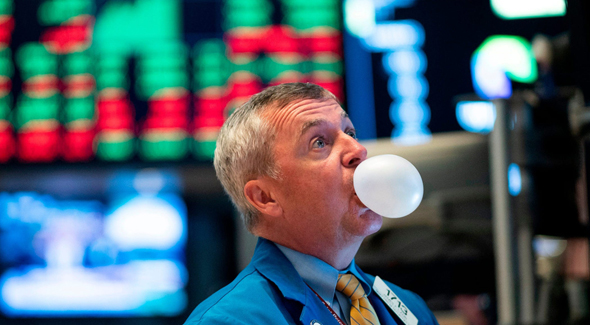 Is the SPAC bubble about to explode? Photo: Getty Images

eToro is one of 10 Israeli companies that have signed SPAC merger agreements with the goal of becoming publicly traded on the U.S. stock markets in the coming months. So far, the only company to complete the process is Innoviz, a developer of lidar sensors for the autonomous vehicle market, which is listed on Nasdaq and traded at a valuation of $1.4 billion. Its shares are currently being traded below their original listing price, but in its case, with the money already in the coffers, there is no turning back. Ever since the U.S. Securities and Exchange Commission (SEC) started focusing on the scorching SPAC sector at the beginning of March, warning against falling for the seduction of celebrity-endorsed SPACs, the sentiment towards them has begun to change. “It is never a good idea to invest in a SPAC just because someone famous sponsors or invests in it or says it is a good investment,” the regulatory agency wrote in an alert. But the real bomb came last week when the SEC demanded that the SPACs classify the options they distribute to share purchasers as a liability instead of as equity. The options, known as business warrants, which can be realized after the merger is completed, are the main incentive for large bodies such as hedge funds to invest in a SPAC. An army of lawyers and accountants are now meticulously examining how the reclassification will impact SPACs’ balance sheets and until they are done, many sponsors have decided to put the IPOs on hold. As the SEC’s guidelines increase, so do the short positions on SPAC shares. Immediately following the SEC’s initial announcement, the short positions on SPAC shares leaped, nearing $3 billion in the middle of March, compared to only $724 million at the end of 2020.

While SPACs are not a novel Wall Street invention, their popularity spiked over the past 18 months. It began with the desire of Silicon Valley business people to bypass the strict and complex mechanisms put in place by the folks on Wall Street when it comes to initial public offerings, but it seems like things got out of hand. There are currently more than 500 companies with zero activity that are shuffling around like zombies with outstretched arms in search of companies with actual business merit to merge with. SPAC companies have a two-year timeframe in which to merge with such companies, or else they have to return the money to their investors, with interest. SPAC founders, who are known as sponsors, tend to be well-known figures in the fields of finance, technology, or sports, who raise an initial investment sum at $10 a share. Afterward, they begin the race to find a match and oftentimes, as many Israeli entrepreneurs can testify, shower startups with generous offers. The good companies can choose a SPAC that best suits them, often the ones who promise the highest valuation at the time of issuance. It is that process that creates anomalies in which companies that have nearly no revenues are issued at valuations of a billion dollars or higher, based on future promise alone. Since investors are entitled to get their money back if they don’t like the merger that the sponsor offers, the $10 share price has become a sort of price floor. However, in recent weeks, too many SPACs have hit the floor from the lofty heights of $20 a share they had climbed to before the SEC started taking more of an interest in one of Wall Street’s biggest mad rushes of recent decades.

The low prices of SPAC shares alone do not constitute a substantial problem, but they do carry psychological significance. The momentum is beginning to fade, and doubts are beginning to arise — and it is being felt in practice on two fronts. Firstly, the number of new SPAC prospectives being filed has declined over the last couple of weeks. Secondly, and more importantly, institutional investors’ appetite to invest in PIPE investment rounds is also declining. Private Investment Public Equity investments are a sort of follow-up round that most SPACs require in order to complete the mergers. While the initial sum raised by the issuing of the SPACs is relatively low — several hundreds of millions of dollars, a large portion of the capital that enters the merging company’s balances is derived from the follow-up rounds. According to a report last week in the Financial Times, several institutional investors active in the PIPE market, such as Fidelity and Wellington Management, claim they have satisfied their SPAC appetites and will start being far more selective in their investments.

Only a quarter of Israeli SPACs have completed mergers This new approach will not impact the Israeli companies that have already signed merger contracts and guaranteed their PIPE investments. The short positions placed on them are also small compared to the real stars of the story, such as lending platform SOFI. The short positions placed on its sponsor, which it is supposed to merge with at a valuation of $8.7 billion, spiked by 19% this week. Companies that have yet to sign merger deals and are still at the negotiation stage, should hurry up and make sure to select well-connected sponsors who can make sure to secure investments. Though the feeling in Israel is that for every SPAC’s pot, there is a lid in the form of a tech company, in practice, so far only 25% of the SPACs issued since 2019 have gone on to complete their merger. For investors, the sobering developments are positive and are expected to corral the enterprise valuations into more realistic pastures — or else the PIPE investors won’t deliver the cash. At first, Wall Street saw SPACs as a welcome innovation that unsettled the hegemony of the investment banks. However, things changed abruptly. The process of issuing shares via SPACs, which played with the definitions of private and public companies, enabled companies to publish future projections as forecasts in their prospectus. Many companies took advantage of that to offer up projections that had little to do with reality, like predicting “$500 million in revenues for 2020 and $2 billion in 2022,” and received valuations accordingly. The SPAC market is at a critical junction as a result of its rapid inflation. This all might be a case of temporary indigestion, but it may also lead to a more severe scenario in which tech companies, including Israeli ones, are vomited up and put back on track for the traditional listing route.