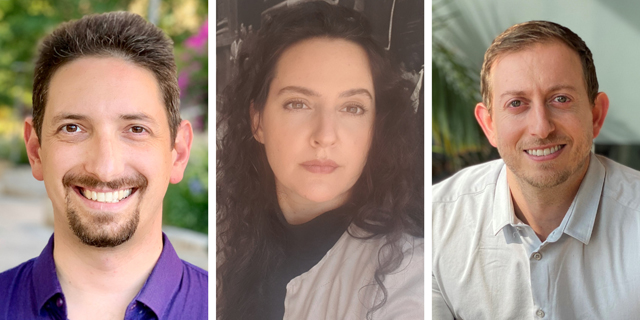 Cybersecurity education platform Cybint and the 8200 Alumni Association adopted myInterview, a smart video interview platform, to help identify top candidates for a 3-month bootcamp designed to provide cybersecurity training for underrepresented citizens. Approximately 1,000 applicants were competing for 55 positions, and the myInterview platform helped find the most suitable matches based on character traits that were most likely to succeed.

“Amazing people are truly at the heart of any winning team. The critical nature of the positions this course aims to fill means the interview and assessment stage needed to play a key role in determining which candidates were most likely to succeed,” said Benjy Gillman, CEO and co-founder of myInterview. “Cybint and the 8200 Alumni Association wanted to attract the best people, not the best CVs, and we're proud to partner with them to find the applicants with the right qualities – the right people, not just the right resumes.”

The program, which launched in March and will run until the end of June, was designed to specifically provide individuals from communities currently underrepresented in the technology industry - such as women, Ultra-Orthodox, the Arab sector, and new immigrants - an opportunity to launch a career in cybersecurity. The course was approved and is subsidized by the Israel Innovation Authority, and the hope is that the 8200 Alumni Association network will help them find employment in cybersecurity positions once they graduate. Despite record-breaking money being poured into Startup Nation, many companies have reported a talent shortage to fill the new positions that are becoming available. According to a report by PresenTense, 64% of Israel’s Arab community had never heard of Startup Nation, and only 1% of the community works in the ecosystem, despite making up 19% of the population. This disparity has led to many government and private-led efforts to level the playing field, including The Hybrid, an 8200 Alumni Association accelerator program designed to boost Arab entrepreneurs and their startups. “The Israel Innovation Authority and the 8200 Alumni Association partnered with us to help Israelis with no background, coming from no background in tech and for underserved populations in Israel, to reskill them to cyber positions,” said Roy Zur, Cybint’s CEO who himself served in Israel’s 8200 Unit. “We couldn’t interview hundreds of people at the same time, so we came up with a way to find a solution in the market and we saw that myInterview is helping to interview people without actually needing to schedule hundreds of different interviews with our team members.”

According to Zur, Cybint and the 8200 Alumni Association were able to screen much faster than usual, seeing up to hundreds of candidates in a week via myInterview. From there, they chose the top 55 that fit the criteria of both having the right potential and cognitive skills and interests to do the program, and that they are coming from underserved populations.

“In May 2021, no one thinks that an in-person center (for interviews) is a good idea, at least not in the early stage of the process,” added Eliav Rodman, myInterview’s CMO. “You can do something much more effective and collaborate and bring the personalities of the applicants into the picture. That’s what we see - that the change pushed people towards adopting technology and that change is a positive change… This isn’t just in the world of HR, it gives everyone a strong push towards modernizing and adopting new tools.”

At the end of the program, the 8200 Alumni Association is making an active push to help place the 55 participants into cybersecurity companies in Startup Nation. Last week, the cohort visited the Tel Aviv offices of Cybereason while it was safe to do so to help participants meet and network with current industry players. “The last stop has to be the high-tech companies,” urged Eliana Dan, 8200 Alumni Association’s CEO. “We can do a lot of work on ourselves, but our most important partners are the companies themselves to make sure every participant in our program is accepted to one of the companies.” When asked about adopting myInterview’s screening process to help select the 55 participants, she told CTech that she realized how halfway through the program the platform helped ‘choose the perfect people and the perfect match’ for the bootcamp. “(From) all our community projects, one of the factors is technology and innovation so it is our duty to use the tools that speak the same language we speak,” Dan concluded. “In the same way we embrace the online training as part of our methods now, and the online events, of course, we see this tool as a great opportunity to use it in other future projects.” myInterview was founded in 2016 by Gillman and Guy Abelsohn to ‘make people, not paper’, the center of the hiring process. Its platform is powered by machine learning to optimize applicant pools for talent managers to find the best talent for roles. Cybint is a global cybersecurity education company whose team is composed of military experts, professionals, and experts.