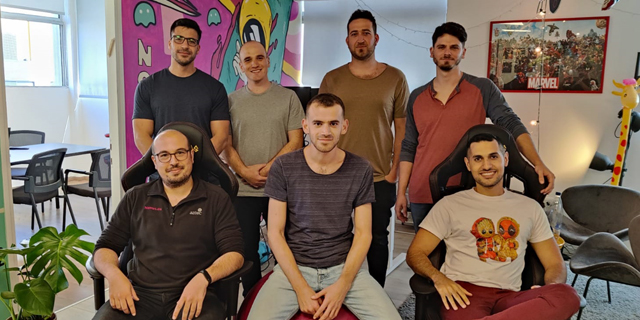 NOVOS is the new sports school for Gen-Z

Fortnite might be a mystery to some, but there are 80 million monthly users that are looking to be the best player - and that’s where NOVOS can help

For anyone over the age of 30, Fortnite might be nothing more than a reference in the deep pool of memes, gifs, and television shows. However, the popular computer game, which only launched in 2017, has amassed a giant following - with roughly 350 million player accounts and 80.4 million monthly users. There’s a whole world of competitive online gaming out there, and NOVOS is aiming to become ‘the authority on how to become a better player’.

For now, gaming is something that the person who puts in the most hours - sometimes several per day - will become the top of his or her game. NOVOS has designed a subscription-based platform whereby users sign up and train for Fortnite using its training routines to improve gaming habits and mental strength through exercises and tailor-made content. Based on data drawn from performance, the platform hones in on the strengths and weaknesses of each player and provides tools to help them improve in certain areas. For $10 dollars a month, parents can effectively help their teenage children channel their love of online gaming and train them like they would in any other competitive sport. “It’s become like traditional sports, in a way,” Briga explained to CTech, who understands neither sports nor gaming. “Everything we know about sports happens in the world of competitive gaming. There are professional teams that have coaches, psychologists, analysts, a management team, and an operational team. And there are leagues for those teams,” he continued. The idea of online gaming becoming “a sport that belongs to Gen-Z” is already proving to be true. In 2019, the first Fortnite World Cup took place in New York with a $30 million prize pool available across various competitions. Its biggest winner, ‘Bugha’ (real name Kyle Giersdorf), took a total of $3 million. He was 16 years old at the time and today has 4.3 million followers on Twitch, a live-streaming platform for gamers.

According to Briga, Bugha won because “he wasn’t lucky, he is a really talented player. It’s all about the skills at the end of the day.” Skills that can be tailored, tweaked, and perfected on NOVOS, just like any other sports academy. Since the next generation is already glued to their screens playing online gaming, they might as well benefit from the proper tools and lessons to make them better players - both in the tactical sense but also in relation to mental and emotional stability.

“We put a lot of emphasis on healthy gaming habits and mental strengths,” Briga stressed. “Because we deal with a younger generation, it is crucial for us that we will be able to help them deal with those challenges mentally. It’s very frustrating and very demanding, so we basically help them throughout this process of being better, and the mechanical skills like building muscle memory as they do in basketball or any other sports.” Its platform gives tips and tricks on how to stay motivated, how to stay in the flow zone, and encourages players to take breaks. 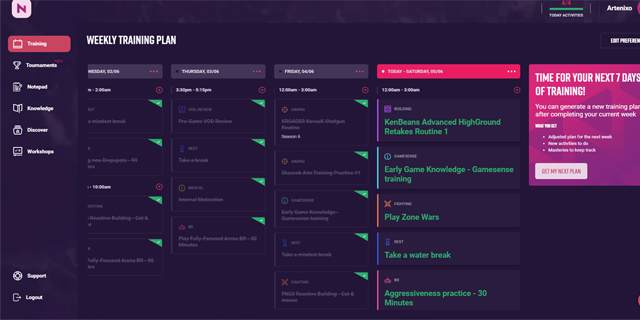 NOVOS also provides users with general value that can be applied to any other sport, such as sportsmanship, leadership, tactics, and strategy. In the last year, eSport scholarships at American universities grew 480%, and today nearly 100 schools across the U.S and Canada have started to offer some sort of tuition aid to gamers. In a few years, it wouldn’t be surprising if online gaming is transformed into a medium that is considered as global and respected as traditional sports, usually played outdoors and in-person. Today, the NOVOS team is made up of nine people who are all gamers outside of work. In the office, the team is made up of a mixture of product designers, professional gamers, and experts in sports psychology helping the team with everything that is related to content and not just making sure the platform itself works. The company was co-founded by Briga and Shai Arnon, the company’s CTO and “probably the best product person that I’ve ever met in my life.” The company is about to close a Series A round and was previously backed by Remagine Ventures. Since the platform is scalable, it intends to expand to games outside of Fortnite as the company grows. Unlike traditional sports, online games have a constant flow of updates and expansions, meaning that players will always need to check in and improve their skills as weapons, stories, and methodologies are added to the lore. Today, 50,000 people have improved their Fortnight skills using NOVOS, and the company expects that number to grow with each new update and ahead of the World Cup returning as the pandemic recedes. Then, millions of viewers will tune in to watch the players fight for prizes in the millions. According to Briga, gaming belongs to a younger generation. “For me, who grew up as a gamer, I fully understand it. But those who didn’t grow up as gamers can’t believe it’s that big. This is all I’ve waited for, as a gamer myself… my kids probably are going to grow up where competitive gaming is as big as traditional sports if not bigger,” he concluded.