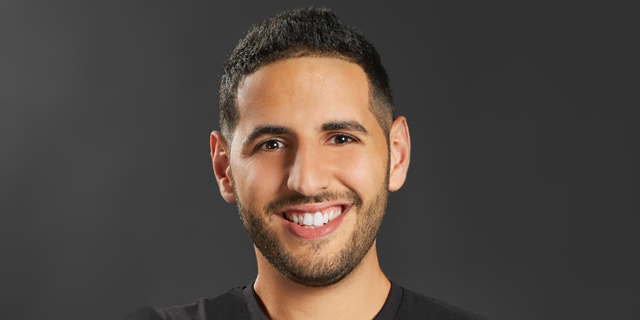 Nas Daily: “The institution is getting weaker and the individual is getting stronger”

“I like your background,” said Nuseir Yassin as he connected to CTech on Zoom. The virtual background was displaying a large collection of books to make it look like we were speaking from a library. “Here’s where I am,” he turned his camera around and showed us that he was having his breakfast on a balcony overlooking some of Dubai’s tallest buildings.

“I think I prefer yours,” CTech laughed, returning the compliment but feeling flattered nonetheless. Usually, a comment on the video composition of a Zoom interview would not mean much, but Yassin’s background - and success - made it a bit different.

The name Nuseir Yassin might not land on many ears, but there is a strong chance that internet users have come across his work. Known by his moniker Nas Daily, Yassin earned global fame after producing 1000 one-minute videos in 1000 days and posting them on his Facebook page. The influencer, an Arab Israeli born in Arraba near Nazareth, has since opened Nas Academy to teach others how to become viral stars and spends his time making movies with Bill Gates, Mark Zuckerberg, and other notable personalities. “Of course the first 270 videos were failures,” he told CTech, propping his phone at just the right angle so we could see each other clearly. “But after 270 attempts, I got one that succeeded, and then another one, and another one. Over time, I decided that the best thing to do is build a company as opposed to making videos.” Nas is today focused on building a technology infrastructure for creators like him. Nas Academy aims to be a space to help those who want to bypass conventional gatekeepers in the media and education space. No longer do students need a brick-and-mortar university, he tells CTech, you just need the teacher. Now with 120 people, Nas Academy is a creator tech platform that teaches young people how to make videos, build tech, and “talk to reporters like you,” he explains.

Originally a software engineer at Venmo, in 2016 he started posting consistent videos each day about a variety of topics. Today, he has more than 40 million fans across his platforms. His videos have interviewed people or explored topics that would interest people from all over the world. His primary motivation is the fact that life is short and that every day should mean something and have a stream of output. For years, he has worn the same t-shirt with a power charge and percentage that indicates the estimated journey lived through his life. At age 29, the shirt says he is 39% complete.

“Gradually, the institution is getting weaker, and the individual is getting stronger,” he explained. “The gatekeepers are dying every single day. In the past, if I wanted to get my voice heard, I would have to beg Calcalist to write a story or beg the New York Times. The New York Times editor basically has too much power. They can dictate general sentiment singlehandedly. Because of social media now, I have become my own Calcalist.” Recent years have seen an explosion in independent content creators who can travel the world and tell stories directly from their mobile phones. Traditional gatekeepers of communication or information are losing influence among young people who seek advice or education directly from individuals. Podcasters like Joe Rogan and writers like Bari Weiss (former op-ed editor at the New York Times), remain largely independent and rely on platforms like Substack, YouTube, or Facebook to speak directly to their audiences. For Nas, being from Israel in this global world doesn’t make it easy. He said that growing up in Israel as an Arab was “bittersweet”, and being famous from a controversial region is “a blessing and a curse at the same time.” When Israel enters the news cycle for reasons usually related to terror attacks, Nas has unwittingly become the face of the Arab-Israeli conflict online. “The minute Nas Daily blew up, to let's say 50 million followers, then you actually then start to have followers that traditionally don’t like Israel and are not ok with your country of birth,” he explained. “And so you find yourself in this unique situation in which I am from Israel but I know if I say I am from Israel then I will get a lot of hate for it.” 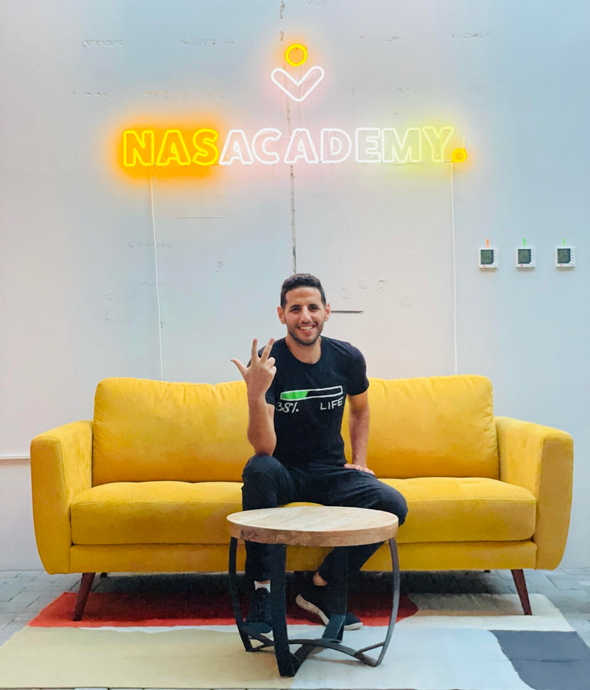 It’s this reason that Nas calls his show, and the Academy he is building, an educational opportunity for millions of people to learn about the conflict in the region. He says that the success of it is based largely on communities in the world who can see there’s no malicious intent in his videos, and see it is clear that he doesn’t want to become the face of political activism for things Arab/Israeli related. Not many people online can boast the story Nas has lived. Israelis who have access to the high-tech world of Tel Aviv are spoilt for choice when working at large companies that contribute to the global economy. Nas knows he is an anomaly in the country: an Arab from Israel’s periphery who didn’t have the same headstart that others in the country have. He says that Israel suffers from generational company creation led by “The PayPal Mafia” - a small group of people who are responsible for many of the companies coming out of Startup Nation. “I think it is the responsibility of both the people and the government to make sure everybody is included in this rising wave of tech fortunes,” he said. “I think one of the things that shocked people the most about Nas Daily is that it is run by an Israeli Arab. There just aren’t that many people that look like me in the media or the tech space… I feel like the remaining 40% of the population, from Haredi Jews to Arabs, to Ethiopian Jews, kind of want to participate in that success.” The philosophy of Nas Daily and the online creator economy is that people can do just that. Anyone with a camera and WiFi connection can share stories, free from the gatekeepers who conventionally kept stories within a narrow framework. Nas Academy has received $11 million in funding from Lightspeed Venture Partners and Tech Aviv, among other unnamed investors, who are betting on this future of media, too. “One of the things about Nas Daily that I’m very proud of is that it showed other Arab Israelis that it is possible to have millions of followers even if you are an Arab in Israel. It is possible to build a tech company even if you’re an Arab in Israel. I think the media is important just to show that it’s possible,” he concluded.