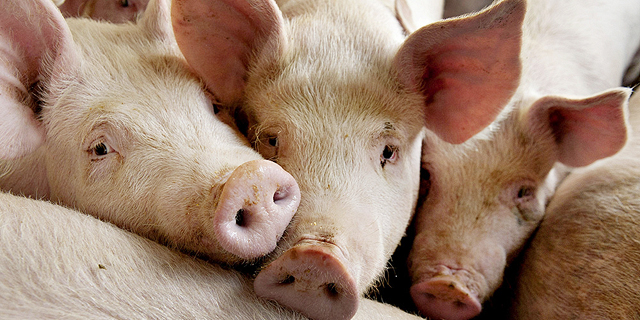 Abstinence from eating pork is a pinnacle of Jewish religious dietary laws, which also prohibit the consumption of meat and dairy together

Pork meat would be kosher if it were “grown” in a lab, Israeli Modern Orthodox Rabbi Yuval Cherlow told Calcalist on Sunday. Mr. Cherlow addressed the issue at a panel on kosher food and genetic modification on Thursday at Bar-Ilan University near Tel Aviv. According to Mr. Cherlow, existing kosher laws could not be applied to lab-grown meat, since, well, it was never alive.

Jewish religious law prohibits consumption of pork, shellfish, and the eating of of meat and dairy products together. Kosher laws also dictates the manner in which animals should be slaughtered and the way meat is processed. Technological advancements in the field of genetic modification and synthesized foods are pressing religious leaders to reevaluate, and at times, redefine these long-standing traditions. 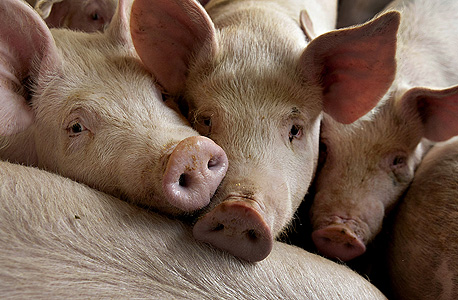 Mr. Cherlow is not alone in this reasoning. In 2013, Rabbi Menachem Genack, who heads the kosher certification division at the New York’s Orthodox Union, addressed the religious implications of lab-grown meat following the reveal of the world’s first cultured beef hamburger, developed that year by Maastricht, Netherlands-based company Mosa Meat. Mr. Genack said there is no religious restriction on eating a lab-produced hamburger with cheese or dairy products. Also in 2013, prominent Israeli Rabbi Shlomo Aviner said that lab-grown meat should not be considered a meat product, and could, therefore, be consumed with dairy.

More stringent Jewish law scholars do not differentiate between lab-cultured pork and other meats from traditional animal products, saying kosher laws are to be applied to these foods regardless of the way they were created.

Global demand for meat is projected to double by 2050, according to the UN Food and Agriculture Organization.

Since the first lab-grown hamburger was digested in 2013, other companies have attempted to turn lab-cultured meat, or believable meat substitutes, into a viable food source and business model. These companies include El Segundo, California-based Beyond Meat and Redwood City, California-based Impossible Foods which are developing plant protein-based meat products that taste and “bleed” like real meat, and New York-based early stage biotechnology startup Finless Foods Inc., which is aiming to develop and mass manufacture lab-cultured alternatives to conventionally caught and commercially farmed seafood. San Francisco-based Memphis Meats, which produces beef, chicken and duck products by culturing animal cells, released the world’s first cultured meatball in February 2016 and the world’s first cultured poultry in March 2017.

Mr. Cherlow is a Modern Orthodox rabbi and an authority on Jewish law. He heads the ethics department of the Tzohar rabbinical organization in Israel, and regularly advises on issues pertaining to Jewish religious law, often voicing liberal-leaning attitudes.

“There is a deeply religious and moral motivation to develop food-based on genetic research,” he said.

The cultivation of meat from single cells is a meaningful new technology, Mr. Cherlow said, due to its positive environmental impact and its potential ability to feed a growing population as the world’s food resources are dwindling. “Genetic engineering is important because meat production is one of the biggest polluters in the world and consumes a great deal of natural resources, such as water and land, and because of the moral problems of mass production of meat,” Mr. Cherlow said.

“Based on Jewish religious law, when you use a cell from a pig and use it to produce food, the cell loses its original identity and therefore cannot be defined as a forbidden food,” Mr. Cherlow said. “It cannot even be defined as meat.” Based on this principle, Mr. Cherlow said, there should not be a restriction on pairing lab-grown meat with dairy.

6.
part 2/2
continued... Pork is a different issue. But the same. Like the Sabbath is a separated day from rest of the days of the week, the Jewish people are a separated people from the rest of the nations. Using the same language the rudiment animals with a split foot are separated from the rest of the land animals. The separated people are only permitted the separated animals. This puts the Pig into a non-permitted category. And that divide is a hard divide to cross. Pig milk is not kosher, pig hair is not kosher to eat, pig cells would not be kosher. There is a concept that a bone found in the field from a long dead non-kosher animal is more like a stick than a bone… allowing the gelatin to be harvested. But, this is not a widely accepted opinion. Furthermore, gelatin is a non-living chemical the source of which is not identifiable after chemical purification. The harvested cell needs to be alive and distinctly pig. Hence, the “bone as stick” argument would be hard to apply.
5.
Lots of people who don't know what they're talking about, part 1/2.
Comments 1 & 3 are basically ignorant drivel. Most of the kosher laws involve separation of opposites. Milk is used to give and sustain the life of the newborn animal, meat is the death of the animal - life is not mixed with death. Just as the Sabbath is not mixed with the weekday. Since the lab grown meat was never an actual animal, any more than milk was an actual animal, the combination of lab meat and milk would not be an issue. There is also the question of a limb from a live animal, again because it perversely crosses that life-death divide. But since these seed cells, if shed naturally, are no more of a limb than milk would be a limb. Cells from the ends of feathers or hairs would not fall into the limb category and would not be a problem, but biopsy cells could be a problem.
4.
Kosher Pork
Circumcise the hog and it will be kosher.
3.
Origin of Jewish Laws
The whole purpose behind this law to reduce killing of pigs who were essential to ecological balance. Due to the environment of Middle east where origins of all faith religions founded, survival of pigs mattered to the human existence. Pigs were the main scavengers who ate human excreta and venomous snakes. in desert climate and tribal life styles of using desert sands as public toilets needed Pigs survival. The infelicitous diseases like Tapeworm were common course of failier of early civilizations . If Pork is cultured in safe environments or even farm providing them with safe food make them Kosher.
2.
Jewish dietary laws
Lab grown pork is OK as long as the lab is certified "Free-Range"
All Comments